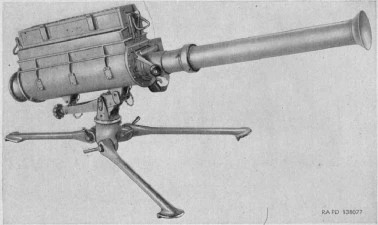 Lever Action Bazooka isn’t a term I ever thought I would need to write. If you’re like me, you picture something crossed between a bazooka and a Winchester. Sadly, that’s not what the M25 Lever Action Bazooka looks like. It’s a monstrous contraption that uses an unconventional lever action design. I first came across it thanks to Osprey Publishing’s book called Bazooka. The book doesn’t have much information, but the manual for the M25 is available online and provides a bit more insight.

The M25 Bazooka was designed to help increase the Army’s anti-tank capabilities. The original Bazooka utilized 2.36-inch rockets, and the Army wanted something bigger. They moved to 3.5-inch rockets with the M20 Super Bazooka. Alongside the M20, they developed the M25 as a magazine-fed, lever-action repeating rocket launcher.

Tanks are mean, vicious creatures, and they deserve to be knocked out. Infantry tank killers are force multipliers. Firing one rocket and then reloading was a bit of a slow process. Thus a repeating option would allow multiple hits on a single target or hits on multiple targets in quick succession. Shooting a rocket is an event filled with noise, flash, and even disruption of the ground around you into a big ball of dust. 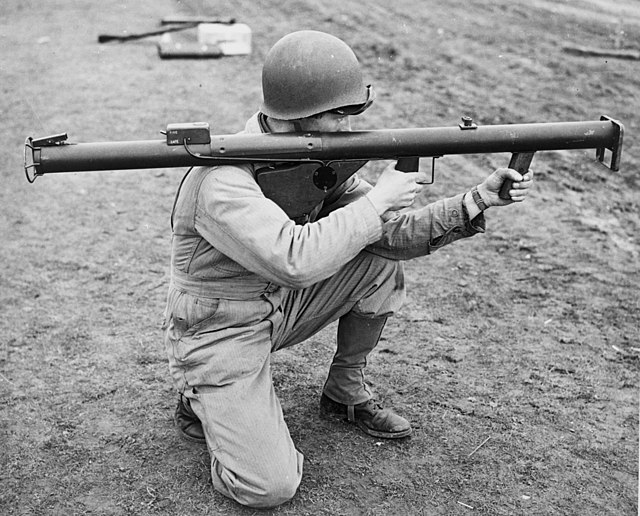 If you miss or fail to land a good killing shot, your position is revealed, and you’ve likely gained the attention of both the tank and infantry forces. In other terms, you’re gonna have a bad time. A multishot, repeating rocket launcher allowed you to engage targets rapidly, and theoretically, if an A-gunner kept you loaded, you could keep hitting a target with rockets until it was done.

That was the idea at the time. The M25 and M20 shared numerous features, including the same sights, trigger, and barrel. They both broke down into smaller components for transport purposes and shared the same 3.5-inch rockets.

The M25 Lever Action Bazooka was a tripod-mounted weapon that used a three-round, hopper-type magazine. The users could mount the magazine or even feed the weapon individually. The shooter had an operating lever that levered forward and up and then rearward and down to feed rockets. Since the entirety of the rocket left the Bazooka, there was nothing to eject. 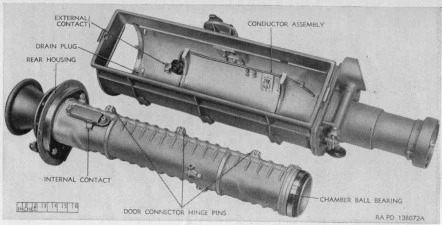 The M25 lever action bazooka seemed like a natural extension into modern, armored warfare. After World War 2 and in Korea, tank-busting weapons were in high demand.

The M25 Lever Action Bazooka was a big weapon. Part of the original charm of the M1 rocket launcher was its man-portable weight. That allowed your average grunt to kill a tank without breaking too much of a sweat. The M25 weighed a hundred pounds in total. This took it out of the man-portable category and made it a true crew-served weapon. Factor in the weight of the ammo, and this gun was effectively stationary in terms of infantry use.

Maybe it didn’t work or never occurred to the Army, but it seems like the M25 would be perfectly mounted to a Jeep with a gunner. Now your jeep has an effective armor killer and need not fear tanks as much, although maybe they preferred recoilless rifles on their jeeps. Admittedly those were more powerful but not as rapidly firing as the M25.

Another issue was that the feeding mechanism was fragile and prone to breaking. Even the manual has sections advising against rough handling. If you ever wanted an example of the disconnect between engineers and users, it’s a manual telling infantryman to be gentle with a weapon.

Somewhere around 1,500 M25 lever action bazookas were made. It’s unknown if these were ever used in Korea. It is known they weren’t around for long and were discontinued quite quickly. It’s sad because how often do you get to type lever action bazooka?