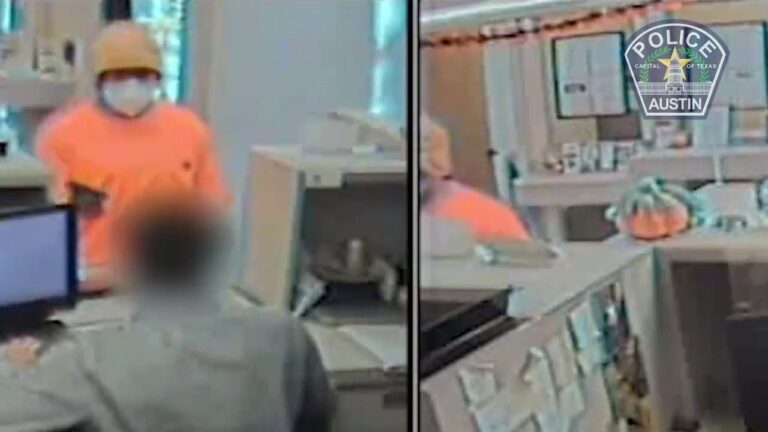 Police in Austin, Texas, released video of a masked man robbing a bank at gunpoint.

The Austin Police Department says the incident happened on Oct. 4 at about 5 p.m. at the Public Employee Credit Union.

A video released by police shows the man entering the bank and pointing a handgun at the teller while demanding money.

Officials say that the man had a black semi-automatic handgun and left the bank with cash.

The suspect is described by police as a light skin Black/Hispanic male who is between 5-feet, 9-inches and 6-feet tall and in his mid 20s to early 30s.

People with information about the robbery are encouraged to contact (512) 974-5092 and may receive a reward of up to $1,000 if their information leads to an arrest.