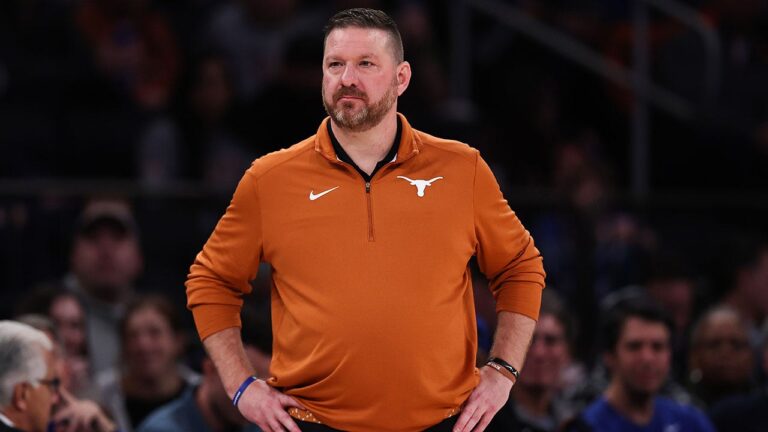 New details surrounding the arrest of Texas men’s basketball coach Chris Beard have emerged that reveal the second-year Longhorns coach was arrested early Monday morning following a physical altercation with his fiancée in which he allegedly “choked” the woman, according to court documents.

Beard, 49, was arrested Monday and charged with assault on a family/household member impeding breath circulation, a third-degree felony, after Austin Police received a 911 call for a disturbance just after midnight.

Court records obtained by KXAN revealed that a woman, identified as Beard’s fiancée, told police that she and Beard had been dealing with relationship issues when a verbal argument ensued after she took his reading glasses and broke them.

She told police “he just snapped on me and became super violent,” adding that Beard “choked me, threw me off the bed, bit me, bruises all over my leg, throwing me around, and going nuts,” according to a court affidavit.

The woman also told law enforcement that she could not breathe after Beard allegedly put his arm across her neck while behind her. The affidavit described her injuries as a bite mark on her arm, a cut to her face and thumb and a scrape on her leg, which she attributed to Beard.

Beard reportedly told police that he had audio recordings proving he wasn’t the “primary aggressor” but declined to provide them when asked, according to KXAN.

The University of Texas announced late Tuesday that Beard had been suspended without pay following his arrest.

“The University takes matters of interpersonal violence involving members of its community seriously. Given the information available, The University has suspended Chris Beard from his position as head coach of Men’s Basketball and will withhold his pay until further notice,” the school said in a statement, via ESPN.

Beard was released from the Travis County Jail on Monday afternoon. His attorney denied the charges in a statement to the Austin American-Statesman.

“Coach Beard is 100% innocent of these charges. He should never have been arrested. The complainant wants him released immediately and all charges dismissed. It is truly inconceivable.”