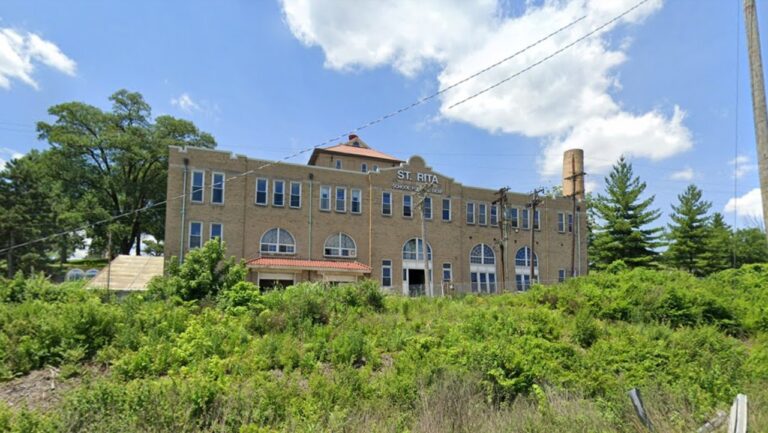 A teacher at a Catholic school for deaf children in Ohio was placed on leave after she was accused of throwing a 9-year-old student.

The Dec. 6 incident at St. Rita School for the Deaf in Evendale, Ohio, north of Cincinnati, was captured on surveillance video that was disseminated to local media by the mother of the student involved, according to local WCPO.

The low-quality footage appears to depict the unidentified teacher picking up the young girl in a hallway before the video glitches and resumes when the child is on the ground.

Another angle of the incident shows the teacher picking the girl up in the hallway, though the details of what took place after that remain unclear.

LAWSUIT CLAIMS ABUSE BY NUNS AT SCHOOL FOR DEAF

“No matter what way you watch it, it’s very obvious that, that was a malicious act. It wasn’t an accidental,” Alexys Wells told WCPO. “When I had first seen the video, I was so outraged that I had to take a minute. I was completely speechless, couldn’t really focus on what I wanted to say.

Wells further spoke out against the school, saying the school “didn’t say what exactly happened or what led up to it, nothing.”

Wells said St. Rita School described what happened as “a minor incident” the next day.

St. Rita School is maintained by the Archdiocese of Cincinnati, which confirmed to Fox News Digital that “an incident involving a teacher occurred” Dec. 6 that continues to be investigated, that local law enforcement were notified and that the teacher has since been placed on administrative leave.

“Any actions by a St. Rita School staff member that do not exemplify respect and dignity for the children entrusted to our care are addressed promptly,” the spokesperson continued. “The safety of students and staff at St. Rita School is of paramount importance.”

“In the interest of privacy for the child involved and because this is a personnel matter, no additional information is available at this time.”

Jon Brown is a writer for Fox News Digital. Story tips can be sent to jon.brown@fox.com.