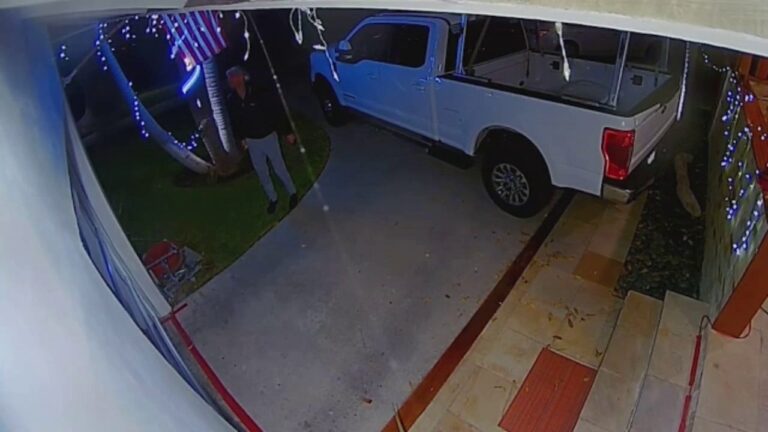 Meylor, 35, is facing 13 counts of arson, as well as an additional charge of arson to an inhabited structure. He is also being charged for violating his previous parole, according to local outlet ABC 7.

Meylor allegedly moved from home to home with a lighter around 3:30 a.m. Thursday, according to FOX 11.

A series of reports came in later that morning of multiple burned flags along Iroquois Avenue and Hackett Avenue.

Ring doorbell footage from one household appears to capture Meylor struggle to ignite a flag in a resident’s driveway.

Meylor was reportedly identified by locals using the footage, which led to his arrest by local police.

The suspect reportedly targeted American and military flags but left others untouched. Police say over a dozen properties were vandalized.

One burning flag fell on top of a resident’s parked BMW, which became engulfed in flames.