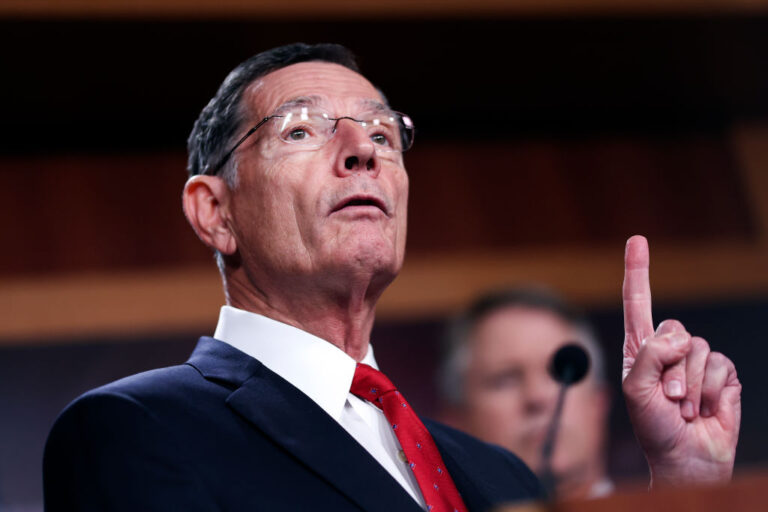 The Senate energy committee’s top Republican is requesting a “thorough review” of Biden administration grants to Beijing-backed entities after the Washington Free Beacon found the administration sent millions of dollars to a green energy company that partnered with a Chinese state-owned gas giant.

Sen. John Barrasso (R., Wyo.) called for the review in a Wednesday letter to Energy Secretary Jennifer Granholm, which cites a Free Beacon report showing President Joe Biden’s Energy Department funneled more than $10 million in grants to carbon capture company LanzaTech in the months after the company partnered with Sinopec Capital, the clean energy investment arm of the China Petrochemical Corporation. For Barrasso, those grants have direct national security implications, prompting the Republican to request the “policies and procedures related to the awarding of loans and grants to companies with leadership and/or financial ties to the People’s Republic of China.”

“The Department cannot afford to keep making the same mistake of enriching China’s technological efforts at the expense of taxpayers,” Barrasso’s letter states. “It is imperative you conduct this review as the awarding of these grants and loans directly impacts the national security of the United States.”

This is not the first time Biden’s Energy Department, which did not return a request for comment, has come under fire for funding green energy companies that cozy up to Beijing.

In October, the department announced a $200 million award to Microvast Holdings, an investment Granholm said would “supercharge the private sector to ensure our clean energy future is American-made.” But Microvast operates primarily in China, the Free Beacon reported last week, and the Securities and Exchange Commission recently added the company to a watchlist of Chinese companies that fail to comply with U.S. auditing requirements. Sen. Marco Rubio (R., Fla.) called the department’s decision to fund Microvast “crazy,” while Barrasso said the grant “endangers our national security” and “undermine[s] the United States’ position in its race against China for technological supremacy.”

Barrasso’s letter asks Granholm to respond by Dec. 7 and “provide the results of the Department’s review” by Jan. 31. Should Granholm rebuff the senator, she could still face scrutiny from the House after Republicans take control of the chamber early next year. Republican staffers have already signaled they will probe Biden’s plan to send taxpayer funds to foreign green energy mines, which the Democrat hopes to use to power his “clean energy agenda.”