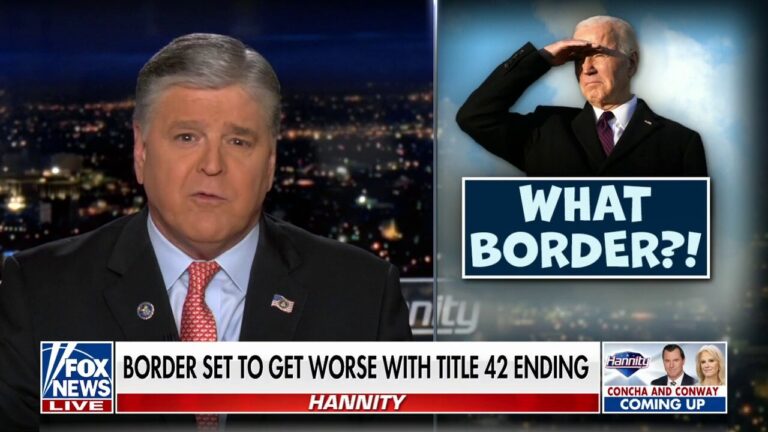 Sean Hannity highlighted the record high number of migrants crossing the border and how the Biden administration has allowed this national security crisis to occur on “Hannity.”

SEAN HANNITY: HUNTER BIDEN WAS WELL KNOWN TO BE ‘UNSTABLE’ WITH ‘SERIOUS PROBLEMS’

SEAN HANNITY: We turn our attention to the southern border tonight. Could someone maybe pretty please with sugar on top, let the White House know that a monumental catastrophe is now unfolding. It’s a national security crisis of epic proportions for two straight years now under the Biden administration. Illegal crossings have now reached an all time record high, on top of last year’s record high. This year, arrests along the southern border have now topped over 2 million for the first time ever.

It is about to get dramatically worse next week on December the 21st, Title 42 will come to an end. Now, that’s the measure enacted by President Trump that enables the federal government to quickly expel illegal immigrants because of public health risks. Now, soon the process of deporting those who break our laws, don’t respect our borders or sovereignty will be long, it will be complex, if not impossible in a matter of days. By the way, not only will our border continue to be wide open, but the government will also be unable to deport illegal immigrants in a timely manner. Not that Joe Biden is doing that anyway.