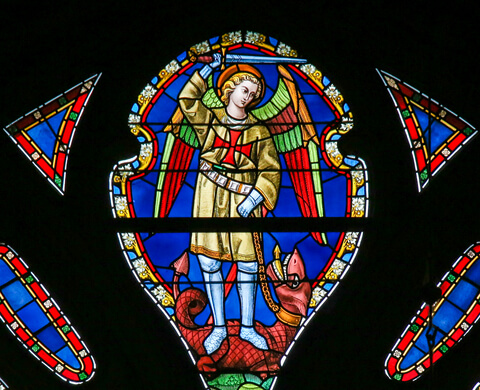 Evil is real – a thought that escapes, eludes, or is wishfully rejected by many people, for a simple reason. If you understand that good and evil exist, that lives, nations, and humanity’s future are affected by this reality, you are compelled – if moral – to act. You must choose. With our culture in disarray, we now have an afterschool program in Virginia for children five and up – built around Satan, personification of evil, a “Satan Club“. The idea is horrific, an abomination.

Nationally, our leaders fail when they imagine evil does not exist, that it is perhaps just an invention of those who “cling to guns and bibles,” or that it is some kind of game, and that – in fact – all the world is good, just mildly deceived, a few clicks from being America.

Having spent time in dozens of countries – where evil comes in all shades and shapes, overt oppression to subversive misdirection, killing, stealing, rape, and wounding in the name of faith, revenge, envy, resentment, or simply validating life-distorting prejudices, evil exists.

Ironically, many think – because they would like to think – that evil can be ignored because well-wishers will overcome those intent on deception, dominance, power, murder, greed, and graft with hope, charity, song, and serendipity. Diplomatic fairy dust will put it all right. Wrong.

For those who think Iran’s signature on a sheet of paper, bought with billions of US tax dollars, will end nuclear threats; or that giving (let alone taking) money from China will end Communist expansion; or that buying oil from Communist Venezuela, accepting Communist Cuba, ignoring North Korea’s ICBM launches, pretending terrorism is just a fad – or that bad acts by any nation will go away on their own, if we are just more kind and accept them – I have news:  Wrong.

Much of Western Europe in the 1930s thought a global war, one brutally ending tens of millions of innocent lives, was unthinkable. They permitted Nazi Fascist creep, as others underestimated the Soviet Communist creep. They appeased, averted their delicate gaze, imagined all governments and beliefs equally legitimate, and that indifference and neutrality were intelligent. Wrong.

Now we come to the emergence of a “Satan Club” for students five and up, a different kind of appeasement, aversion of gaze, delusion for inclusion, indoctrination and confusion to support cultural erosion, pretending all beliefs are legitimate – and that indifference is not evil.

Edmund Burke famously explained, and we need to hear it again, “All it takes for evil to prevail…is for good people to do nothing.” Ellie Wiesel, survivor of Nazi concentration camp, author and thinker of enormous depth, noted “Indifference…is the epitome of all evil.”

To be clear, this is where we are. Indifference to evil is evil; silence is complicity – the degradation of souls. Anyone who permits a child in America to be abused, deceived, miseducated, deluded, indoctrinated into evil – who allows a club promoting Satan – is guilty of misguiding a little soul, risking the loss of that soul, and is themselves complicit in evil.

One time, long ago, I debated an immoral promotor of drug abuse, indifferent to drug addiction, on national television. After they pushed fantasies, fallacies, and glib immorality, I offered a fact: You would sleep better if you expended all that energy – in saving just one child’s life. ON network television, the mic was silent for nearly ten seconds. The truth is powerful stuff.

Rather than a club dedicated to abusing children, glorifying Satan and evil, for that matter Nazism, Sovietism, Maoism, deception, denial, violence as peace – like George Orwell’s doublethink slogans, “slavery is freedom,” “war is peace,” “ignorance is strength” – how about we teach the power and emotional returns in “doing goodness?”

How about we support clubs offering lessons in how to help others, live by giving, integrate into our every life fortifying and elevating acts of simple kindness, generosity, decency, dignity, even nobility, premised on distinguishing good from evil, critical thinking, connectivity to your heart, empathy not ignorance, integrity not indifference, the power of sacrifice on behalf of others.

All this is worth saying, because the time is right for forming a different kind of club – in schools coast to coast, clubs that teach young people to love what is best in themselves, or as Abraham Lincoln said, follow their “better angels” and feel the power of good decisions, personal responsibility, modelling goodness, acting on it, living by it – with sky-high rewards.

Recently, I met a Congressional Medal of Honor winner. The handshake humbled me to my core.  Such acts are goodness at its highest, loving others enough to risk all for the sake of saving another. St. Paul wrote there is no higher calling. Perhaps the time is right, rise of absurdity and evil reminding us what really matters. What really matters is using every second well, for the promotion of what is good, and to do that – we must remember what is good, and what is not.

May this nation never become indifferent, not fall into the deception of indulging ideas that knowingly hurt others, especially the young. When we do that, we lose what we have inherited, and our souls. May we grow strong by recommitting ourselves to what lifts others, teaching with new resolve the power of love not defilement, deception, and hate.

In short, we need more clubs that honor decency, dignity, unapologetic faith in the power of love, and doing good – teaching what evil looks like, that evil exists, and must be fought. What we do not need is more deception, degradation, depravity, and diminishment of young souls. We are better than that horrific idea, and we know it. And so, I suspect, do the people of Virginia.