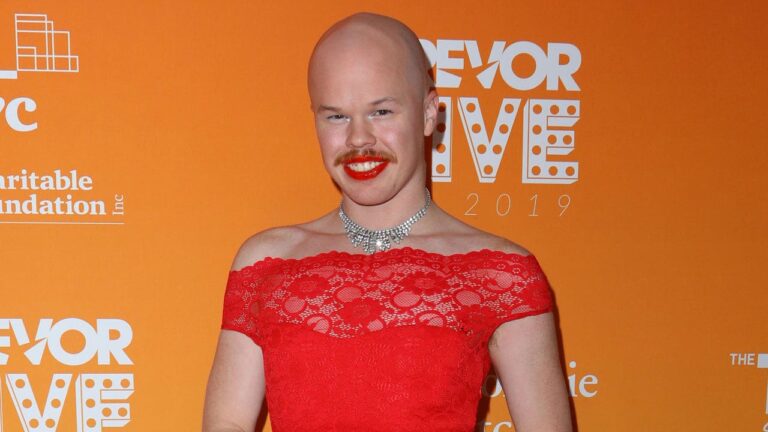 Samuel Brinton — who has served as the Energy Department’s (DOE) deputy assistant secretary for spent fuel and waste disposition since June — allegedly stole a suitcase with a total estimate worth of $3,670 on July 6 at Harry Reid International Airport in Las Vegas, according to a declaration filed by a Las Vegas Metropolitan Police Department (LVMPD) detective on Wednesday. The bag contained jewelry valued at $1,700, clothing worth $850 and makeup valued at $500.

The detective wrote in the report that a woman traveling from Washington, D.C., to Las Vegas on July 6 reported one of her checked bags missing shortly after the incident. Police then reviewed security camera footage and observed “a white male adult wearing a white T-shirt with a large rainbow colored atomic nuclear symbol design” removing baggage that matched the victim’s description of her missing bag before quickly exiting the airport.

Police closed the investigation, though, after they were unable to identify the person who took the suitcase.

However, on Nov. 29, after media reports highlighting Brinton’s alleged theft in a Minnesota airport surfaced, investigators reopened the case since the suspect matched Brinton’s description. Upon viewing the news articles, the officer who had closed the case months earlier “immediately recognized” Brinton “as the suspect pertaining to this case.”

Police were then able to confirm that Brinton traveled on the same flight to Las Vegas as the victim on July 6 and found an Instagram post in which Brinton posted a selfie wearing the same rainbow-colored atomic symbol shirt.

“Brinton demonstrated several signs of abnormal behavior while taking the victim’s luggage which are cues suspects typically give off when committing luggage theft,” the LVMPD detective wrote in the report. “Specifically, Brinton pulled the victim’s luggage from the carousel and examined the tag.”

“Then placing it back on the carousel, looking in all directions for anyone who might be watching, or might approach,” it continued. “Pulling it back off the carousel and demonstrating the same behavior by looking around before walking away with it quickly. Brinton only having checked one piece of luggage, which Brinton had already claimed from the carousel, had no reason to be examining and taking any other pieces of luggage.”

The declaration concluded that probable cause existed that Brinton committed grand larceny with intent to deprive the owner permanently of property valued at $3,670. In Nevada, grand larceny of items worth more than $3,500 is considered a category B felony and is punishable by up to 10 years in prison and a fine of up to $10,000.

A warrant for Brinton’s arrest was issued on Thursday.

Brinton, meanwhile, is scheduled to appear at a court hearing in Minnesota state court later this month to face similar charges from a September incident at the Minneapolis St. Paul Airport (MSP). Police accused Brinton of stealing a suitcase worth $2,325 from an MSP baggage carousel Sept. 16, according to a criminal complaint filed Oct. 26.

Minneapolis police similarly observed, via security camera footage, Brinton taking a suitcase before removing its tag and hurrying away. Brinton blamed taking the bag on tiredness in a brief call with a police officer.

Shortly after Brinton was charged in October, the DOE quietly placed Brinton on leave but didn’t offer any explanation. The agency has confirmed Brinton is on leave, but has refused to offer any additional information, saying it doesn’t comment on personnel matters.

“Sam Brinton is on leave from DOE, and Dr. Kim Petry is performing the duties of deputy assistant secretary of spent fuel and waste disposition,” a DOE spokesperson previously told Fox News Digital.

Republican lawmakers have expressed concern, arguing that Americans deserved more information about whether Brinton continues to receive government paychecks and if the DOE has revoked Brinton’s security clearance.

Brinton made headlines after being appointed to the position that oversees nuclear waste policy at the DOE’s Office of Nuclear Energy as a nonbinary gender-fluid person. Brinton has also posted about being a member of the so-called Sisters of Perpetual Indulgence, a drag queen group.