Rethinking the Duties, Roles, and Command Relationships of our National Guard | Republican Investor

Rethinking the Duties, Roles, and Command Relationships of our National Guard 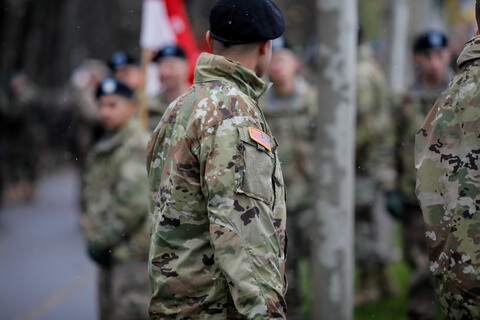 The mission of the National Guard is to maintain properly trained and equipped units available for prompt mobilization for war, national emergency, or as otherwise needed. As an Army artillery Battalion Commander in the 4th Infantry Division at Ft. Hood Texas, one of my subordinate firing units was part of the Texas Army National Guard. They maintained a dual mission of readiness to support State of Texas and this specific federal mission. When it was imminent that our Division would be called up for deployment to Iraq in 2003, I had to develop a two week RSOI (Reception, Staging, Onward movement, and Integration) plan to bring Delta Battery on board, ready to deploy. This reflected the Title X (10) duty requirement for the National Guard. That means federal government command and control and funding. These Soldiers would be no different from any active-duty Soldier, same pay scale, benefits, and coverage.

National Guard troops can also be activated under what is called Title 32 meaning that they are federally activated but under State command and control. Remember that a Governor is the Commander in Chief of his State’s National Guard force. Some States do have what is called a State Guard which has no relationship with the federal government and National Guard Bureau (NGB). They are strictly under State command and control. Often, Title 32 can be used during disaster relief operations, or even train-ups for a federal ordered deployment.

And there are also troops that are on what is called Active Guard and Reserve (AGR) orders. These are those who are on permanent duty as Guardsmen, sorry, I do not play the pronoun game. The have same benefits as active-duty troops and their duty is to maintain operational personnel and equipment readiness for the Guard units.

However, there is a very interesting morass in which some National Guard units have found themselves. Here in Texas, our Guard forces have been deployed to the southern border on Operation Lone Star. This is a Texas State ordered mobilization, deployment, directed by the Governor. It is not a Title X or Title 32 mission, operation. And the reason why they have been called up is the unconstitutional abdication by the federal government of its Article IV, Section 4 enumerated duty in the Constitution to protect every State from invasion – called the Guarantee Clause.

Therefore, these Texas National Guardsmen are fulfilling a federal duty by State directive and are not federally funded. This means that the State of Texas is fully footing the funding bill for a failure of the federal government. The Biden administration has purposefully and intentionally enacted an ideological policy resulting in millions of illegal immigrants, illicit and dangerous drugs, and massive sex and human trafficking.

But what has been the result for National Guardsmen?

Because Operation Lone Star has not been recognized as a federal mission, these troops are compensated at a pay level below active-duty troops. They are struggling to make ends meet for their families because the six month to year long deployment means they take a severe pay cut from their civilian jobs. But what is worse is that they do not receive the same healthcare benefits as if they were on Title X or Title 32 orders, this also adversely affects their families. If a Guardsman is injured on Operation Lone Star, they must apply for workman’s compensation. They are not able to be transported to a military medical facility. And of course, their service does not entitle them to Veterans care or benefits.

Worse however, in 2020 death by suicide among Army National Guard troops were 105, Air National Guard, 16. In 2021, that number was 102 and 15, respectively. We must do better with providing access of our National Guardsmen to military mental health services…and healthcare services overall.

But, most importantly, the crisis on our southern border, a product of the Biden administration, for which our National Guard troops must contend has presented a new challenge. We must rethink the duties, roles, command and control relationships, and funding, to include benefits, for the US National Guard. This is especially necessary in this case where the federal government has dismissed its constitutional duty, at the detriment of our States, and those citizen Soldiers who have been called upon to try and fill the void.

America is facing a huge constitutional and military crisis, bold leadership, not existent in this White House, must rectify this situation.