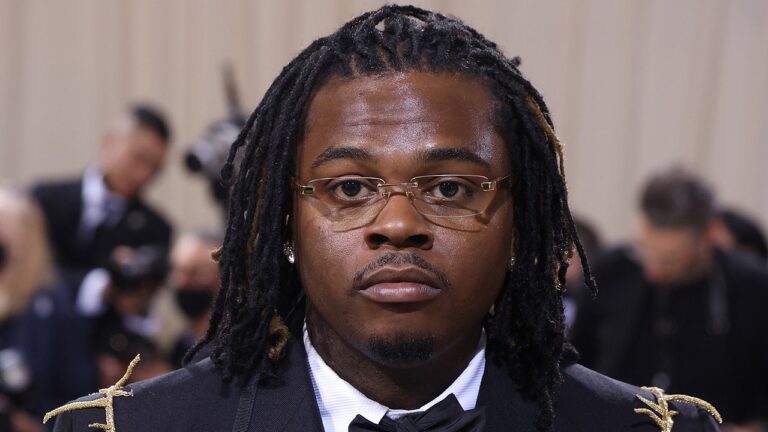 Rapper Gunna, who was arrested earlier this year along with fellow rapper Young Thug and more than two dozen other people, on Wednesday pleaded guilty in Atlanta to a racketeering conspiracy charge, according to a statement released by his attorneys.

Fulton County prosecutors in May obtained the sprawling 88-page indictment that said members of the Young Slime Life criminal street gang committed violent crimes to collect money for the gang, promote its reputation and grow its power and territory.

Gunna, whose given name is Sergio Kitchens, appeared in court Wednesday and entered what is called an Alford plea, which allows a person to maintain his innocence while acknowledging that it is in his best interest to plead guilty.

“While I have agreed to always be truthful, I want to make it perfectly clear that I have NOT made any statements, have NOT been interviewed, have NOT cooperated, have NOT agreed to testify or be a witness for or against any party in the case and have absolutely NO intention of being involved in the trial process in any way,” the rapper said in the statement.

Kitchens was sentenced to five years, with credit for time served, and the balance suspended, said Steve Sadow, one of his attorneys. He also must do 500 hours of community service, including 350 hours speaking “to young men and women about the hazards and immorality of gangs and gang violence, and the decay that it causes in our communities,” Sadow wrote in an email.

He also isn’t allowed to have any guns or to have contact with others charged except through his attorneys or music label.

The trial for others charged in the indictment is set to begin next month.

Young Thug, whose given name is Jeffery Lamar Williams, co-wrote the hit “This is America” with Childish Gambino, making history when it became the first hip-hop track to win the song of the year Grammy in 2019.

Fulton County prosecutors say that in late 2012, he and two others founded Young Slime Life, a violent criminal street gang that’s commonly known as YSL and is affiliated with the national Bloods gang. He has pleaded not guilty to the charges against him.

Separately, The Atlanta Journal-Constitution reported that Walter Murphy, another defendant charged in the indictment, entered a guilty plea Tuesday. Prosecutors have said he co-founded the Young Slime Life gang with Williams. Murphy was sentenced to 10 years, with one year commuted to time served and nine years of probation, the newspaper reported.

Kitchens said in his statement that when he became affiliated with YSL in 2016, he didn’t consider it a gang but rather “a group of people from metro Atlanta who had common interests and artistic aspirations.” His focus was entertainment, he said, “rap artists who wrote and performed music that exaggerated and ‘glorified’ urban life in the Black community.”

Kitchens is signed to Williams’ Young Stoner Life record label. He scored his second No. 1 on the Billboard 200 album chart with “DS4Ever” this year.