Rally held for Shanquella Robinson, father describes moment he saw her body: 'All I want is justice' | Republican Investor

Rally held for Shanquella Robinson, father describes moment he saw her body: ‘All I want is justice’ 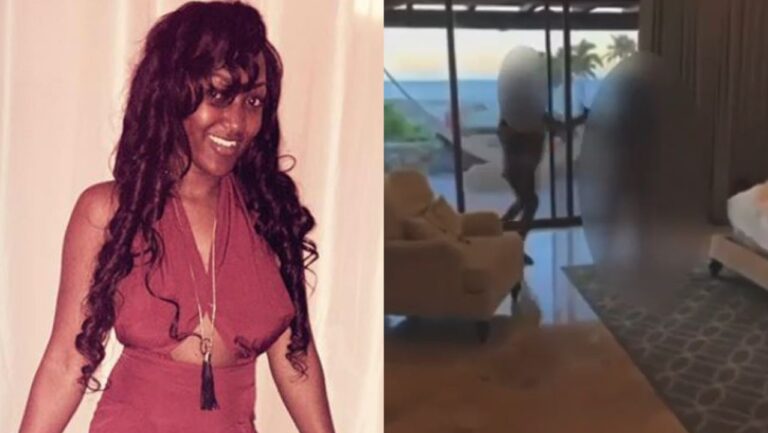 A group of nearly 200 friends and family gathered to rally in support of the family of Shanquella Robinson in North Carolina over the weekend while her father spoke about the moment he first saw his daughter in the funeral home.

“When I saw in that casket, and I saw the knot … the cut on her lip, I know for a fact that they did some bodily harm to her,” Bernard Robinson said at a rally Saturday about receiving his 25-year-old daughter, Shanquella’s, body at a funeral home following her death in late October under mysterious circumstances,” the Charlotte Observer reported.

Robinson said at the rally, organized by the Million Youth March Of Charlotte & Salisbury Teen Advisory Board, that his daughter had a large bump on her head along with a swollen and cut lip.

“Daddy stood there crying like a baby,” Robinson said. “I sat there and said, ‘Baby, Daddy will get you justice.’”

Robinson was found dead at the Fundadores Beach Club in San José del Cabo on Oct. 29 after traveling to the resort area with six friends the day before. Robinson’s group of friends initially told her family that she had been sick from alcohol poisoning before dying.

However, Mexican authorities later issued an arrest warrant for one of the women traveling with Robinson after a video surfaced on social media of Robinson being beaten by an unknown woman in a Mexico hotel room and an autopsy concluded that she died from “direct aggression” involving a severe spinal cord injury.

“This case is fully clarified, we even have a court order, there is an arrest warrant issued for the crime of femicide to the detriment of the victim and against an alleged perpetrator, a friend of her who is the direct aggressor,” said Baja California Sur prosecutor Daniel de la Rosa Anaya, according to ABC News.

While Robinson’s death certificate suggests she died 15 minutes after suffering the neck injury, Charlotte Observer reports that a doctor from a local hospital was with Robinson and her travel companions for close to three hours in the hotel room before she died.

Robinson’s mother, Sallamondra Robinson, told The Independent that she hasn’t been able to get in touch with her daughter’s friends who went to Mexico with her since before the autopsy results contradicted their story initial story.

“I couldn’t confront them really, because they were gone,” Sallamondra Robinson said. “I did talk to police. I didn’t talk to the other ones [again] because I didn’t see them anymore. They came [to our home] before the autopsy came. “

A news crew from WBTV in North Carolina recently attempted to make contact with a female travel companion of Robinson’s and approached her in a parking lot before asking what happened to Shanquella Robinson.

The unidentified individual declined to answer the question and drove away.

“All I want is justice,” Bernard Robinson said. “I just want the Mexican authorities, the embassy, to do the right thing, make it right. Because they came over there on your soil and did what they did and came back here.”

AMERICAN TOURIST CLAIMS HE WAS KIDNAPPED IN MEXICO, LEFT FOR DEAD AFTER MACHETE ATTACK

Legal experts have warned that the process of extraditing an American to Mexico in this situation could take time and justice could come slow.

“People need to understand that this is not going to be a quick process,” Yolanda Trotman, a criminal defense attorney and former Mecklenburg County judge, told WSOC-TV. “The extradition process takes some time. There’s going to have to be a level of patience, I think, with people that want justice quickly and justice may not look like we’re used to.”

The FBI’s Charlotte office told Fox News Digital on Wednesday that their investigation is ongoing.

A State Department spokesperson told Fox News Digital that the department supports a thorough investigation of the circumstances and is closely monitoring the situation but does not comment on extradition matters and has no further comment out of respect to the privacy of the family.

Andrew Mark Miller is a writer at Fox News. Find him on Twitter @andymarkmiller and email tips to AndrewMark.Miller@Fox.com.