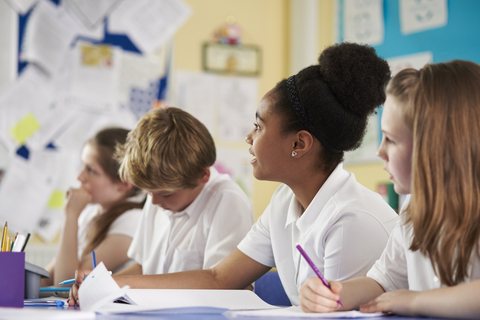 WASHINGTON, DC, Dec 12 — America’s parents have had enough; they’re fighting back against so-called “woke” teachers in public and private schools who are hell-bent on brainwashing our children in a seemingly concerted effort to create a socialist revolution among the next generations of Americans.

It’s happening not only in public schools throughout the country, but also in elite private schools. When Andrew Gutmann pulled his daughter out of the posh Brearley School for girls in New York City not long ago, he didn’t do it because of the pricey $54,000-a-year tuition. He did it because he objected “to Brearley’s vacuous, inappropriate, and fanatical use of words such as ‘equity,’ ‘diversity’ and ‘inclusiveness’,” as he put it in a 1,700-word letter that was made public, according to the Foundation for Economic Education [FEE]. (He wrote on, “If the administration was genuinely serious about ‘diversity,’ it would not insist on the indoctrination of its students, and their families, to a single mindset, most reminiscent of the Chinese Cultural Revolution. Instead, the school would foster an environment of intellectual openness and freedom of thought.”

Mr. Gutmann is not alone. According to the Heartland Institute, in addition to Brearley, teachers at numerous other high-priced private schools across the country are engaging in political shenanigans in support of “woke” ideologies. In New York, for example, the Institute cites New York’s Dalton School and in Los Angeles, the Brentwood and Harvard-Westlake schools for their political focus on the creation of “a social justice utopia.”

The Institute notes that “While parents can protest a private school’s political dogma by simply removing their kids, a public school parent too rarely has the option to do so. Instead, they must get organized, and that is indeed happening. ‘No Left Turn in Education,’ started by a concerned mom in her living room late last summer, is a grassroots movement of concerned parents, teachers, watchdogs and others. Just six months later, the group now boasts chapters in 18 states. Elana Yaron Fishbein, the organization’s founder, attributes the astronomical growth of her group to the fact that parents are fed up with far-left dogma because it’s a threat to their kids.” Fishbein added that it is also “threatening their family. It’s threatening their way of life. It’s threatening their livelihood. So, it’s not something abstract, it’s very, very real … the indoctrination will continue to metastasize until parents wake up and act.”

The young ranks of so-called Millennials and Generation Z — Americans born in the 80s and 90s — tend to be left of center when it comes to politics. There are exceptions, though. One of them is radio talk show host, Jason Rantz. He describes himself on his website as a “fresh, contemporary conservative voice.  Young and urban, passionate and bold … [he is] outnumbered by the Progressive chorus yet refuses to ignore the conservative principles at the core of America’s greatness.” In an Opinion article published in Newsweek earlier this year he said that progressive educators used the pandemic protocols that shut down public schools to invigorate the promotion of the “dangerous and confusing woke curricula on captive young audiences.”

Teachers have a lot of power over the kids they teach, and they know it and the leftists among them used the privacy of COVID-era computer-based schooling to begin freely indoctrinating our youngsters.  The goal, as Rantz put it in his OpEd: to “give them viewpoints that will shift the culture for generations … Halloween is racist, say Seattle schools, while Oregon educators claim white supremacy has infected mathematics. Young children in New Jersey were set to learn ‘how gender role stereotypes may limit behavior’ and in Philadelphia, students were told that doctors ‘guess’ a newborn’s gender.”

Their dirty, little progressive secret has been uncovered and more and more parents are saying that “we are mad as hell and we’re not going to take it anymore,” to paraphrase Howard Beale, played by Peter Finch, in the 1976 movie Network.