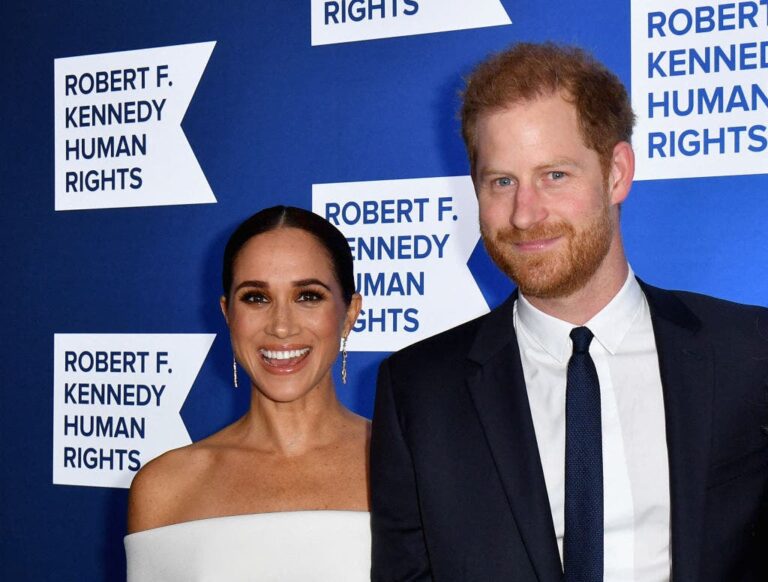 Prince Harry and Meghan Markle are pushing back against criticism of their new Netflix docuseries, “Harry & Meghan.”

Per People magazine, it was widely speculated the couple stepped away from their public royal duties in January 2020 with a desire for more privacy. Now, the Duke and Duchess of Sussex’s global press secretary is issuing a statement, stating that it isn’t true.

“The Duke and Duchess have never cited privacy as the reason for stepping back,” the statement given to the outlet said.

“This distorted narrative was intended to trap the couple into silence. In fact, their statement announcing their decision to step back mentions nothing of privacy and reiterates their desire to continue their roles and public duties. Any suggestion otherwise speaks to a key point of this series.

“They are choosing to share their story, on their own terms, and yet the tabloid media has created an entirely untrue narrative that permeates press coverage and public opinion. The facts are right in front of them.”

Harry and Meghan’s statement comes a day after the first three episodes of the two-part docuseries were released on Netflix. Volume II is set to drop Dec. 15.

In their January 2020 statement on their departure, Harry, 38, and Meghan, 41, announced they would be taking “a step back” as senior members of the royal family and instead working independently, splitting their time between the United Kingdom and North America.

“We have chosen to make a transition this year in starting to carve out a progressive new role within this institution,” the couple shared on Instagram at the time. “We intend to step back as ‘senior’ members of the Royal Family and work to become financially independent, while continuing to fully support Her Majesty The Queen. It is with your encouragement, particularly over the last few years, that we feel prepared to make this adjustment.

“We now plan to balance our time between the United Kingdom and North America, continuing to honor our duty to The Queen, the Commonwealth, and our patronages,” they continued. “This geographic balance will enable us to raise our son with an appreciation for the royal tradition into which he was born, while also providing our family with the space to focus on the next chapter, including the launch of our new charitable entity.”

They are parents to 3-year-old son Archie and daughter Lilibet, 1, who was born in June 2021 after their move to the United States.

In their statement, the Sussexes added that they planned to continue working with the queen as well as Harry’s brother Prince William, 40, and father King Charles III, 74, who was formerly the Prince of Wales before ascending to the throne following Elizabeth II’s death in September.

“We look forward to sharing the full details of this exciting next step in due course, as we continue to collaborate with Her Majesty The Queen, The Prince of Wales, The Duke of Cambridge and all relevant parties. Until then, please accept our deepest thanks for your continued support.”

Soon after, Queen Elizabeth II issued a statement, saying: “Today my family had very constructive discussions on the future of my grandson and his family. My family and I are entirely supportive of Harry and Meghan’s desire to create a new life as a young family. Although we would have preferred them to remain full-time working Members of the Royal Family, we respect and understand their wish to live a more independent life as a family while remaining a valued part of my family.”

The first episode of “Harry and Meghan” began with a note stating that members of the royal family “declined to comment” on the content in the series. The royal family has yet to speak out following the release of the first three episodes.

In Volume I of the series, Harry and Meghan shared intimate details of the early stages of their relationship. Harry also opened up about his relationship with his mother, the late Princess Diana, and how he remembers his childhood being “swarmed with paparazzi.”

Harry shared that Diana was “deceived” into giving the well-known Panorama interview in which she shared her experience as being a member of the royal family. Harry said his mother was “harassed” while being married to Charles, but it only got worse once they separated.

“Don’t react. Don’t feed into it,” Harry said was the advice he was given as a child about how to handle the paparazzi.

The Duke of Sussex mentioned that the treatment his late mother received was similar to what his wife was facing with the media.

Harry said he was aware there are many people who do not agree with how he stepped away from royal responsibilities but emphasized he was “trying to protect” his family.

Prior to announcing their departure in 2020, the couple had complained of intrusive media coverage and accused some British media commentators of racism. Harry and Meghan also slammed the country’s long-standing arrangements for royal media coverage, saying they prefer to communicate directly with the public through social media.

Fox News Digital has reached out to Prince Harry and Meghan Markle’s rep for comment.