Portland mother fleeing neighborhood where she grew up after finding fentanyl in yard: 'Forcing me out' | Republican Investor

Portland mother fleeing neighborhood where she grew up after finding fentanyl in yard: ‘Forcing me out’ 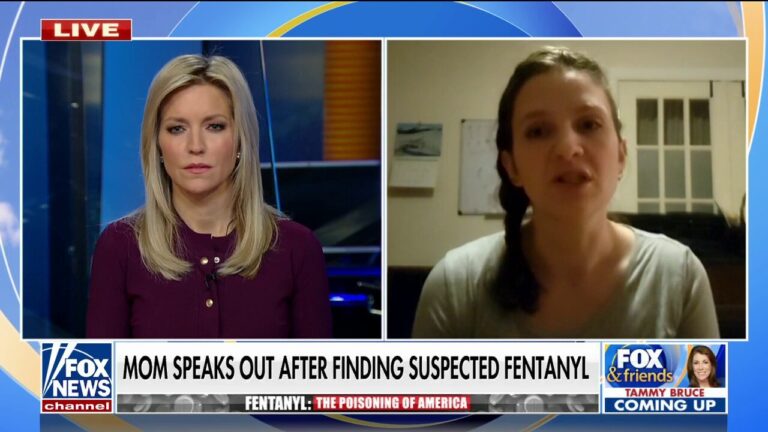 A Portland mother sounded the alarm on the fentanyl crisis after finding pills just steps from her front door.

Evelyn MacPherson, who is a mother of seven, joined “Fox & Friends” on Tuesday to discuss why she attributes the incident to the local homeless crisis and how it has impacted public safety.

“They’re forcing me… out of my home… I grew up down the street from here,” MacPherson told co-host Ainsley Earhardt. “My parents still will live five blocks from right here, and I don’t get to live close to my parents and feel safe. So it’s pretty disappointing.”

MacPherson said she just happened to notice something in the family garden while outside with her husband, and when she went to pick it up, it was a cannister filled with blue pills.

She said police later confirmed it was fentanyl, but is uncertain how the deadly drug found its way to her doorstep.

“I’m actually uncertain how it would have gotten precisely there, but I do suspect that it has to do with the camps that we have, both on one side and the other,” MacPherson said. “We’re in between two busy streets and there’s a lot of drug trafficking that goes on between those areas, and we’ve had a lot of camping. We’re pretty close to the freeway, unfortunately, and so there is a lot of camping around it.”

Despite this, MacPherson is not convinced the local government is doing enough to mitigate the current challenges with homelessness and drugs.

“I think those are words,” she said. “I think that they say things like that. They don’t have anything in place to actually incentivize. I think it’s a way to just shut everybody up and tell us that they’re just doing what they’re supposed to do, but I think we would see results if that was the case.”

MacPherson has also found needles on her property, had her car stolen, and has had to chase trespassers away from her home.

She is in the process of moving to get away from the issues plaguing the neighborhood.

“My basement’s full of boxes at the moment, both empty and half-packed,” she said.

Bailee Hill is an associate editor with Fox News Digital. Story ideas can be sent to bailee.hill@fox.com