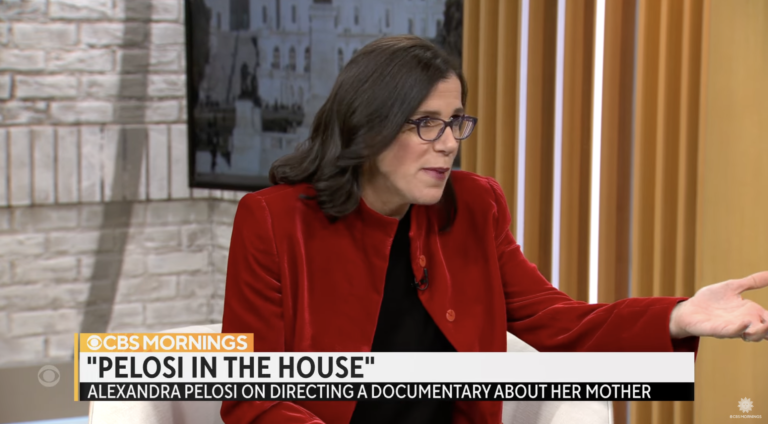 Alexandra Pelosi claimed she was apolitical Monday while blaming decades of “misogyny” in politics for the threats against her famous mother in an interview on Monday.

The documentary filmmaker’s behind-the-scenes footage of Nancy Pelosi, D-Calif., on the day of the January 6 Capitol attack made its way into an HBO documentary centered on the lawmaker entitled “Pelosi in the House” that will be released on Tuesday. But Pelosi denied she’s a “political person” or a staunch Democrat.

“I’m not a political person. I really don’t care who you vote for,” she began, before addressing the attack against her father Paul Pelosi inside her parents’ San Francisco home.

Calling it “everyone’s worst nightmare” that “came true,” Pelosi disavowed any political intention behind her comments.

HBO BLASTED FOR NANCY PELOSI DOCUMENTARY FILMED BY HER OWN DAUGHTER: ‘OBVIOUS PROPAGANDA’

“I’m not a card-carrying member of the Democratic Party,” she said.

Pelosi condemned the “toxic political landscape that we’re living in now” as a reason for the attack against her father.

Gayle King continued to ask the filmmaker about threats against her famous family, citing rioters’ calls to kill Nancy Pelosi during the Capitol attack.

Pelosi blamed destructive social media and sexist politics for the hostility towards the high-profile Democrat.

“It’s really sort of a sad reflection of where we’ve come. It’s what social media has done to this country. It’s really destroying the fabric of our culture. But these threats have been there for a long time because there’s a whole political industrial complex that went and turned my last name into a curse word. They’ve been – the amount of misogyny that’s gone into this over the decades, that’s really something that’s hard to make peace with because if there – my mother’s always taught us public service is a noble calling. She believes that public service is a noble calling,” Pelosi vented.

The violence made her question the sanity of anyone who would want to run for political office.

“I would not wish this on my worst enemy. If somebody came and said I’m thinking of running for public office, I would say you’re insane, do you have any idea what risk you’re exposing yourself and your family to?” she added.

Pelosi announced she was stepping down from Democratic leadership of the House of Representatives after her party lost the House in the November election.

The couple’s San Francisco home was reportedly broken into on Oct. 28 by suspect David DePape, who allegedly struck Paul Pelosi in the head with a hammer.

Certain details in initial reports on the attack were swirled in controversy. One “Today” show report by NBC News’ Miguel Almaguer on Nov. 4 went viral after he cited sources claiming Paul Pelosi answered the door when police arrived and didn’t immediately exit the premises, suggesting he may not been in immediate danger.

The story was retracted and blasted by critics as fueling right-wing conspiracy theories around the attack. NBC’s Bay Area affiliate later reported similar details however, and NBC News has yet to provide a full explanation for the story’s retraction, beyond that it didn’t meet network standards.

Hours after the shocking report circulated online, NBC scrubbed the story from its website and removed Algmaguer from the air without explanation, although he was reportedly suspended over the story’s errors. NBC gave no statement after the reporter returned to the network’s morning show on Monday to cover severe weather.