Patriots’ Mac Jones makes no apology for outbursts: ‘I think football is an emotional sport’ 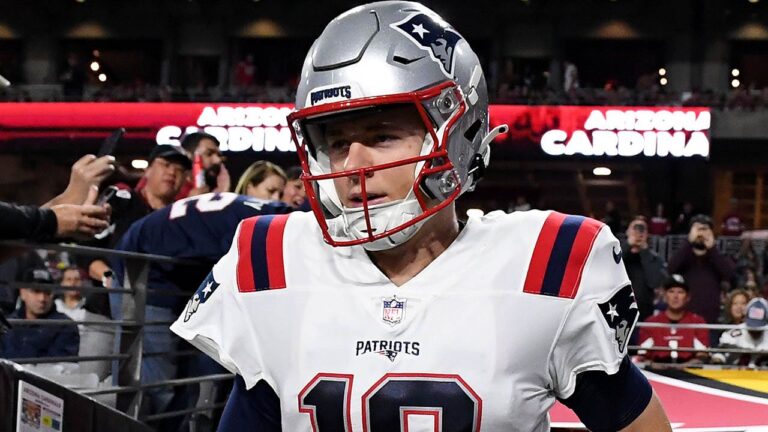 Mac Jones’ frustrations were on full display again this week, this time during Monday night’s win over the Arizona Cardinals, but the New England Patriots quarterback isn’t apologizing.

With the Patriots trailing by three in the third quarter, Jones let out an audible F-bomb when a timeout was called to avoid a delay of game penalty. He was later seen seemingly waving off offensive line coach Matt Patricia.

But Jones dismissed the notion that his frustrations had anything to do with the offense.

“No. The biggest thing is not letting it affect my play and bringing the best out of my guys,” Jones told reporters Monday.

“Today, I thought we all did a good job trying to play the next play, play the next series and (senior football advisor/offensive line coach) Matt (Patricia) did a great job,” Jones aid.

“He’s trying to call the game so that we can win. Sometimes, it might be this thing that people don’t know about, like the quick passes for whatever reason and that’s our game plan. We knew what we had to do to win, and he called a great game and stayed calm. He’s a calm person, very stoic. We’re just going to continue to grow together and do what we can to win games.”

On Tuesday during his weekly radio appearance on WEEI, Jones made no apologies for his “outbursts.”

“I think football is an emotional sport. I like to show my passion on the field,” Jones said. “We’re out there to win and do everything we can to win. Sometimes we’ve just gotta put together a better performance.

“A lot of that is just the leadership that comes from getting the guys to play and doing a good job of working together. And just trying to create longer drives and score more points. At the end of the day, it’s an emotional game. You want to be able to show emotion and not let it affect your play.”

The Patriots moved into the seventh playoff position and final wild-card slot in the AFC with Monday’s win.