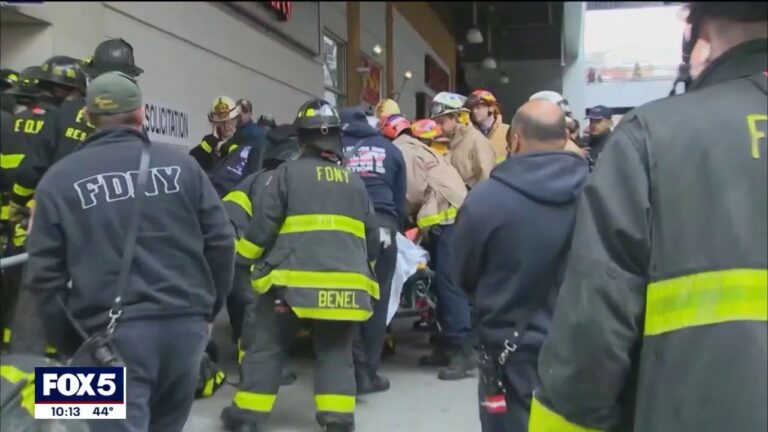 A store security guard and a teenage shoplifter were hospitalized after the pair fell down an elevator shaft of a Target in New York City following a violent fight, police officials said.

First responders were called to the five-story big-box store on Exterior Street near East 153rd Street in the Bronx around 11:15 a.m., according to authorities.

According to authorities, the Target security guard, 29, was attempting to stop a 16-year-old from shoplifting merchandise when the pair got into a tussle.

During the scuffle, they bumped into the elevator doors, which opened up, and they both fell down into the shaft.

When first responders arrived, they discovered the teen on top of the elevator. The employee had fallen around 10 to 15 feet past the elevator into its pit, the officials said in a news conference on Thursday.

Firefighters rescued the teen from the shaft “immediately.”

The employee who fell into the pit was rescued “within an hour” using a pulley system. He was placed on a stretcher with a neck brace and taken to Lincoln Hospital in critical condition.

On Friday, the New York Police Department said that both victims’ injuries were non-life threatening.

Sarah Rumpf is a Fox News Digital Production Assistant. You can reach her on Twitter at @rumpfsarahc