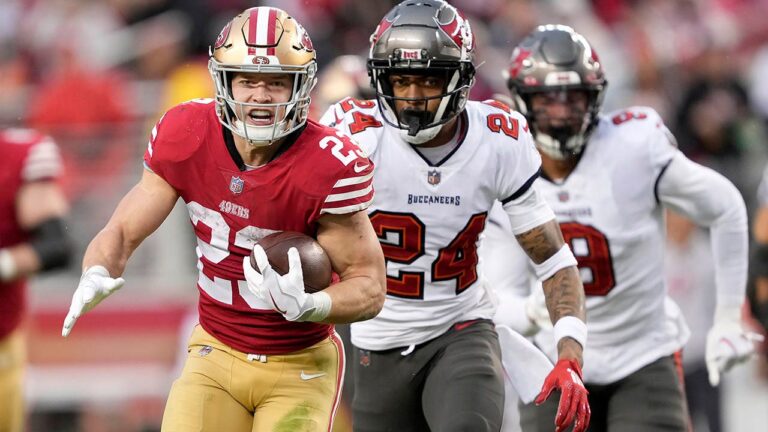 There is only one thing for certain as the 2022 NFL regular season reaches Week 15: the Philadelphia Eagles will be playing in the postseason.

The Eagles wrapped up the playoff berth with a win over the New York Giants and maintained a two-game lead over the Dallas Cowboys in the NFC East. The Eagles are looking to win the division for the first time since 2019. They already have their first double-digit win season since 2017.

There are plenty of other good teams toward the top of the latest power rankings and all of them looking for the Eagles to slip up once to get past Philadelphia. But alas, it won’t be this week and it probably won’t be next week either.

The Cowboys, Kansas City Chiefs and Buffalo Bills managed to pick up wins on Sunday despite all of them being close. The top 5 finishes with the San Francisco 49ers, who are now being led by “Mr. Irrelevant” Brock Purdy and one of the best defenses they’ve put together in a long time.

Read below to see how the Week 15 power rankings shake out.

Jalen Hurts is an MVP candidate. A.J. Brown has proven to be the best offseason acquisition of any team this year. And the defense can change the game on a dime. What can’t Philly do?

The Cowboys nearly dropped one to the Texans last week and face Trevor Lawrence and the Jags next. Lawrence has played really well over the last few games and could be geared up for an upset.

The Chiefs didn’t play particularly well but did enough to hold off the charging Broncos. They should have an easier time at home against Houston.

Josh Allen and company will welcome the Dolphins at home in the middle of a snowstorm. Who’s ready for some football weather?

The 49ers’ defense has been playing incredibly well over the last few weeks and their 28-point win on Sunday underscored that. Can Brock Purdy pick up another win?

Joe Burrow and the Bengals have been red hot. Another young quarterback gets a chance to go up against Tom Brady and company.

The Vikings fell into the trap game against the Lions. They need to rectify their loss quickly and the Colts are next.

The Ravens eked out a win over the Steelers but having injured quarterbacks isn’t great. Anthony Brown could be the one to lead the team against Cleveland on Saturday.

Seattle played Carolina tough but couldn’t get the win. Their schedule isn’t getting any easier with a game against the 49ers.

The Dolphins looked off balance in their loss to the Chargers on Sunday night. Injuries have hurt Miami and it appeared that way against Los Angeles.

BUCS’ TOM BRADY LAUGHS OFF SIGNING INTERCEPTED BALL FOR 49ERS’ DRE GREENLAW: ‘IT WAS S— FOR ME’