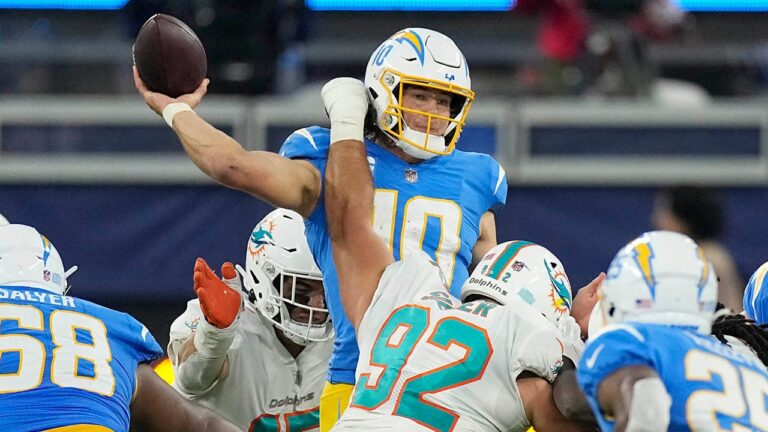 NFL fans erupted with rage on Sunday night in the third quarter of the Los Angeles Chargers and Miami Dolphins’ Week 14 game.

The play in question came in the third quarter. Justin Herbert dropped back to pass on 3rd-and-9 from the team’s own 18-yard line and appeared to be sacked by Jaelen Phillips. Los Angeles was about to put their punting unit out on the field when officials threw a flag on the play.

Phillips was called for roughing the passer. It appeared the linebacker put his body weight on Herbert as he tackled him to the ground, causing the flag to come out.

Fans watching the game were up in arms over the play.

49ERS’ DRE GREENLAW GETS TOM BRADY TO AUTOGRAPH BALL AFTER INTERCEPTION: ‘YOU’RE THE GREATEST EVER’

Luckily, for Dolphins fans, the Chargers still punted the ball away when their drive came to an end.

On the Dolphins’ next drive, Tua Tagovailoa led Miami to a score. He threw a 60-yard touchdown to Tyreek Hill to cut their deficit to three points, 17-14, with 6:23 left in the game.

Hill had a touchdown earlier in the game when he was in the right place at the right time and scooped up a fumble and ran it 57 yards for the score.