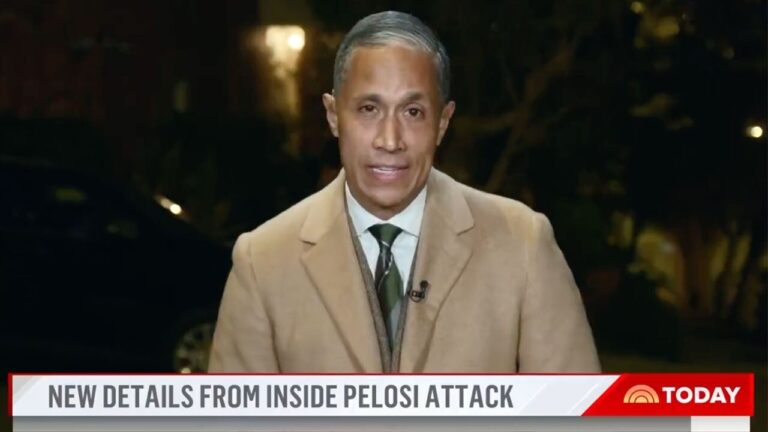 More than five weeks have passed since Almaguer, a regular on the “Today” show, last appeared on NBC News, on Nov. 4. Almaguer vanished from the network after dropping a shocking report that suggested Pelosi might not have been in immediate danger when police arrived at his home the night he was assaulted in the home she shares with his wife, House Speaker Nancy Pelosi.

NBC News retracted the report that afternoon as it began to go viral and with just days to go before the midterm elections. The network didn’t offer an explanation other than a brief note that it didn’t meet standards.

He was reportedly suspended, but NBC wouldn’t admit it on the record, and a local NBC affiliate in San Francisco reported essentially the same information as Almaguer but didn’t have it retracted. The word inside NBC was that Almaguer’s source was “biased,” but NBC refused to explain what, if anything, was incorrect with his Nov. 4 report. Others felt NBC scrubbed it because it did not coincide with the mainstream narrative.

During his absence, Almaguer did not respond to multiple requests for comment. His agent declined to speak about the situation. Insiders expressed puzzlement over the situation, with one telling Fox News Digital last week that the news division was still angered over the story making it to air and other punishments could come down the line.

Almaguer finally reappeared on “Today” on Monday, reporting on “coast-to-coast” winter storms across the United States.

NBC shared a clip of the newly returned Almaguer but made no mention of the reporter’s long and mysterious absence from the network.

NBC News correspondent went silent on Twitter while he was missing from the network until breaking his online moratorim Monday with a tweet about the “Winter White Out.”

Almaguer’s most recent tweet before that focused on the “latest updates” in the investigation following the attack on Paul Pelosi, referring to his story that cited a source claiming Almaguer answered the door for police and didn’t immediately flee the house upon their arrival.

NBC made no statement live on air about Almaguer’s absence.

Almaguer, who has spent his time away from the spotlight on a European vacation, indicated on his personal Instagram account that he was in France in recent weeks, and Spain the week before that.

The network morning show gave a much warmer welcome back to weatherman Al Roker, who had been recovering from a blood clot he experienced last month.

NBC did not immediately respond to a request for comment from Fox News Digital.

Jeffrey Clark is an associate editor for Fox News Digital. He has previously served as a speechwriter for a cabinet secretary and a Fulbright teacher in South Korea. Jeffrey graduated from the University of Iowa in 2019 with a degree in English and History.

Story tips can be sent to jeffrey.clark@fox.com.