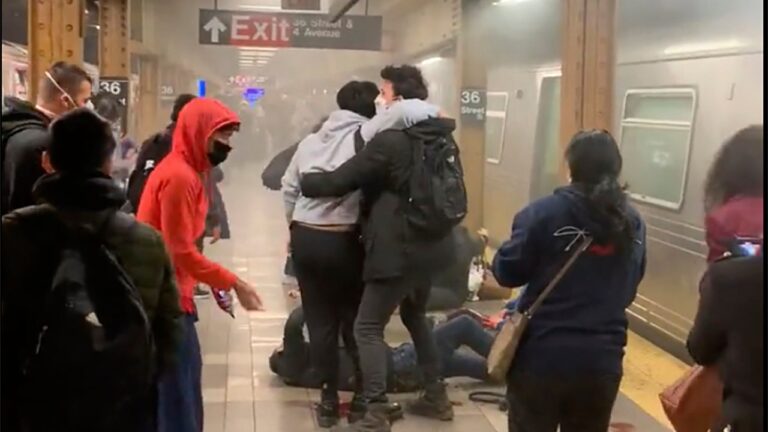 A string of mishaps and miscommunication led to a network camera failure ahead of the mass shooting at Brooklyn’s 36th Street station on April 12, according to a new report from the MTA Inspector General.

The investigation determined that “shortfalls in staffing, maintenance, and internal controls significantly delayed both the discovery the video was not streaming and the eventual repair of the network.”

The report found that the video at three stations went down the afternoon of Friday, April 8, several days before the mass shooting. NYC Transit workers did not discover that the streams were down for another 24 hours, and the group responsible for maintaining the network was not aware of the problem for an additional two days, according to the report.

The Inspector General’s report found a litany of problems. Limited staffing, it said, caused delays in the discovery and repair of problems. Furthermore, the workforce needed for maintaining the camera network equipment was insufficiently trained.

“This is about maintenance. Investment in technology is critical but without a matching commitment to maintenance, the gains from the investment are fleeting,” Acting Inspector General Elizabeth Keating said in a statement. “The staffing in maintenance positions is real and much broader problem impacting NYC Transit operations.”

NYC Transit says it has taken steps to address the problems outlined in the Inspector General’s report, including transitioning to a software system that better tracks maintenance issues.

Frank James, 62, was arrested April 13, about 30 hours after authorities say he drove from Philadelphia and unleashed smoke bombs and dozens of bullets in a train full of morning commuters as it approached the Brooklyn station. The shooting victims ranged in age from 16 to 60; all survived.

James is charged with committing a terrorist attack or other violence against a mass transportation system and discharging a firearm during a violent crime – both of which carry a maximum sentence of life in prison.

Despite the failure at the subway station, the Inspector General notes that the NYPD said other MTA camera footage and MTA personnel were instrumental in James’ arrest.

“The Inspector General confirmed today what the NYPD has said for years: MTA cameras are a highly reliable source of quality images, deterring crimes and bringing criminals to justice,” MTA spokesperson Sean Butler told Fox News Digital in a statement.

Fox News Digital has reached out to the NYPD and Mayor Eric Adams for comment.