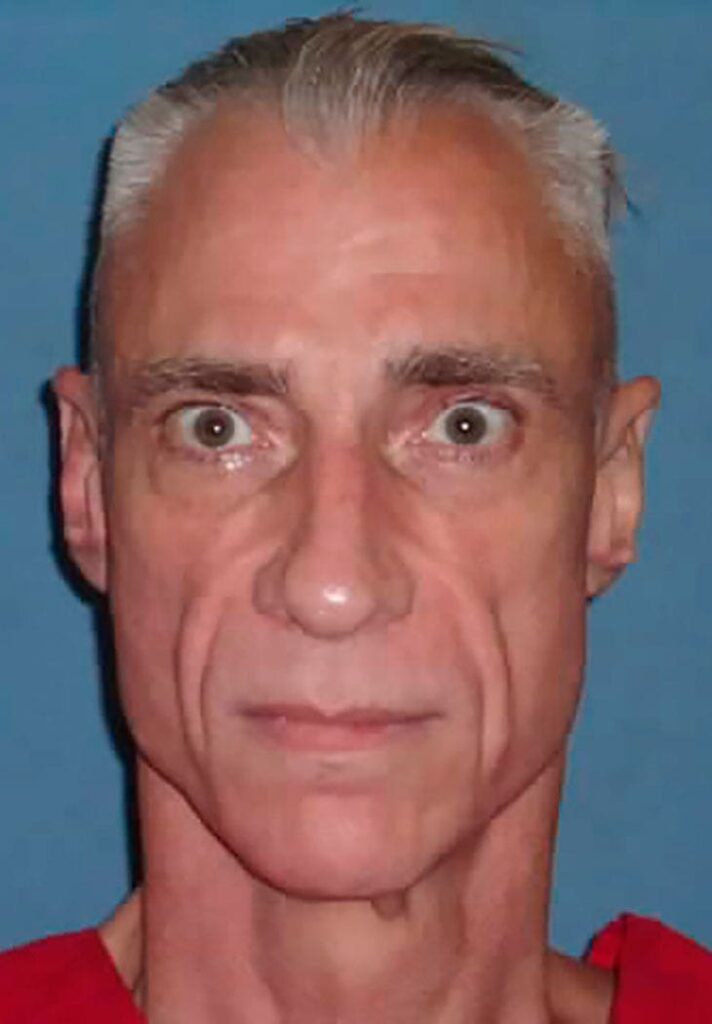 A Mississippi man who pleaded guilty to raping and killing a 16-year-old girl is scheduled to be put to death Wednesday evening. He would become the second inmate executed in Mississippi in 10 years.

Thomas Edwin Loden Jr., 58, is set to receive a lethal injection at the Mississippi State Penitentiary at Parchman at 6 p.m. He has been on death row since 2001, when he pleaded guilty to capital murder, rape and four counts of sexual battery against Leesa Marie Gray.

In a late-night ruling on Dec. 7, a federal judge declined to block Mississippi from carrying out the execution amid a pending lawsuit from Loden and four Mississippi death row inmates over the state’s lethal injection protocol. Mississippi’s most recent execution was in November 2021.

During the summer ahead of what should have been Gray’s senior year of high school, she had worked as a waitress at her uncle’s restaurant in northeast Mississippi. On June 22, 2000, she left work after dark and became stranded with a flat tire on a rural road.

Loden, a Marine Corps recruiter with relatives in the area, encountered Gray on the road around 10:45 p.m. He stopped and began speaking with the teenager about the flat tire. “Don’t worry. I’m a Marine. We do this kind of stuff,” he said.

Loden told investigators he became angry after Gray allegedly said she would never want to be a Marine, and that he ordered her into his van. He spent four hours sexually assaulting her before strangling and suffocating her, according to an interview he gave investigators.

Court records show that on the afternoon of June 23, 2000, “Loden was discovered lying by the side of a road with the words ‘I’m sorry’ carved into his chest and apparent self-inflicted lacerations on his wrists.”

After pleading guilty in September 2001, Loden told Gray’s friends and family during his sentencing: “I hope you may have some sense of justice when you leave here today.”

“She wasn’t perfect, now, mind you,” Farris said. “But she strived to do right.”

The Mississippi Department of Corrections revealed in court papers in July 2021 that it had acquired three drugs for its lethal injection protocol: midazolam, which is a sedative; vecuronium bromide, which paralyzes the muscles; and potassium chloride, which stops the heart.

Jim Craig, a MacArthur Center attorney, said at a November court hearing that since 2019, only Alabama, Oklahoma, Mississippi and Tennessee have conducted executions using a three-drug protocol.

In November, Alabama Gov. Kay Ivey sought a pause in executions and ordered a “top-to-bottom” review of the state’s capital punishment system after a series of failed lethal injections.

A week before Loden’s scheduled execution, U.S. District Judge Henry Wingate handed down a ruling saying the execution could happen even while the lawsuit is pending. He wrote that the U.S. Supreme Court had upheld a three-drug lethal injection protocol as recently as seven years ago in a case from Oklahoma.

There are 36 inmates on death row in Mississippi. Death Penalty Action, a group opposed to capital punishment, convened a news conference Tuesday in front of the state capitol in Jackson to voice their opposition to Loden’s execution.

“Clearly, something in him snapped for him to commit such a horrific crime,” said Mitzi Magleby, a spokesperson for the Mississippi chapter of Ignite Justice, an organization that advocates for criminal justice reform. “Mr. Loden was immediately remorseful. Shouldn’t there be room for grace and mercy in such a situation?”

Farris told The Associated Press on Friday that she forgave Loden years ago, but she did not believe his apology.