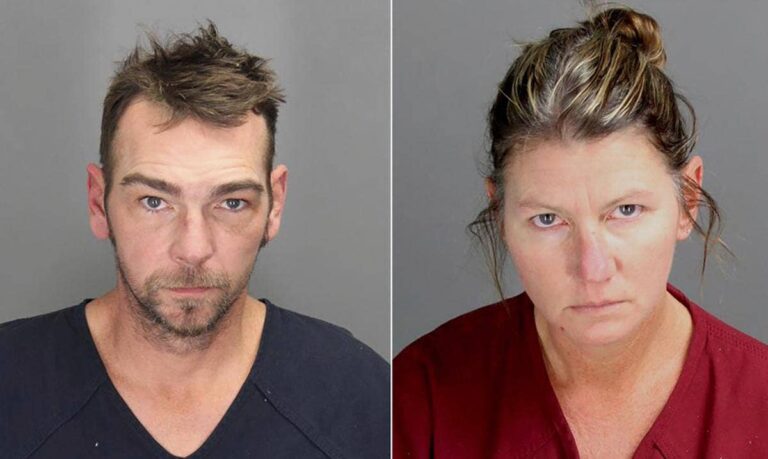 The parents of Michigan school shooter Ethan Crumbley, who killed four classmates at Oxford High School in November 2021, asked a judge this week to lower the $500,000 bonds that have kept them in jail for the past year.

James and Jennifer Crumbley are accused of making the gun accessible to their son, ignoring his disturbing behavior, and failing to get him help with his mental health.

After involuntary manslaughter charges were announced against them last year, prosecutors allege that they took out a large sum of cash and fled to an art studio in Detroit, where they were arrested by law enforcement in the early morning hours of Dec. 4, 2021.

Defense attorneys wrote in a motion to lower bond on Wednesday that the Crumbleys needed the cash to secure a legal defense, stayed in motels because they were afraid of being at their home, and used multiple cell phones because police had seized their original phones, according to a filing obtained by the Detroit Free Press.

“Throughout this case, the prosecution has advanced an inaccurate narrative to make the Crumbleys sound like they were fleeing prior to their arrest,” defense attorneys wrote in the motion on Wednesday, according to the local newspaper.

The motion to lower bond comes about a week after the Michigan Supreme Court ruled that a state court should hear an appeal by the Crumbleys. Their trial had been set for next month.

Ethan Crumbley pleaded guilty in October to terrorism and first-degree murder charges. He admitted under questioning that the gun used in the shooting was purchased for him by his father just days before the shooting and that it was not locked in a safe.

Oakland County Prosecutor Karen McDonald wrote in a court filing in September that Jennifer Crumbley referred to the gun as a “Christmas present” for her son on social media.

“He didn’t just snap,” the prosecutor wrote in a court filing. “he followed a pathway paved for him by prior shooters, and enabled by these defendants.”

An attorney for James and Jennifer Crumbley did not immediately return a request for comment on Thursday.

Paul Best is a breaking news reporter for Fox News Digital and Fox Business. Story tips and ideas can be sent to Paul.Best@fox.com and on Twitter: @KincaidBest.