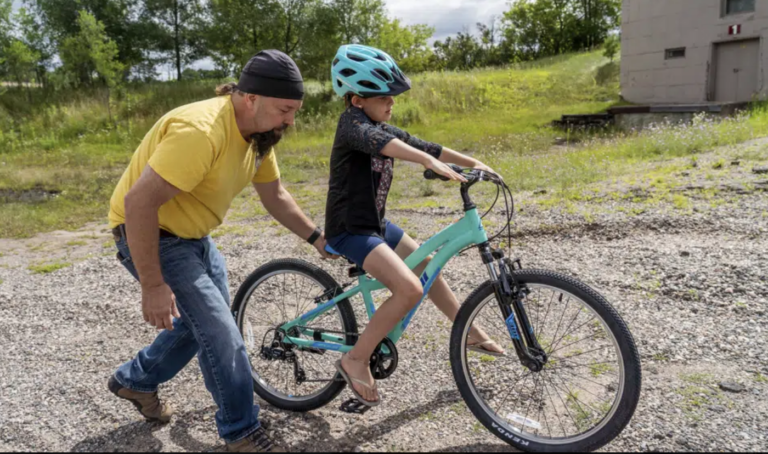 Steven Pringle, a 57-year-old Army veteran, was killed in a crash in Punta Gorda, Florida, while delivering free bicycles to children affected by Hurricane Ian.

Pringle drove through an intersection that was missing a stop sign (due to Ian’s destruction) with his trailer full of bikes, when he was hit by another vehicle.

Pringle, of Michigan, had a passion for fixing bikes and was a respected member of his Upper Peninsula community.

Steven’s son, Jason Pringle, noted, “One lady said, ‘We couldn’t afford a bicycle, and your father gave my son a bicycle.’ I was really blown away at the impact that he had.”

At the site of the crash now rests a painted white bicycle, which is a common memorial to victims of fatal collisions.

An inscription on the bike reads, “May the legend live on.”

Earlier in 2022, Pringle told a local Michigan newspaper that he wasn’t in the best shape mentally. He was also living out of a camper.

Then, Pringle prayed a Catholic rosary, which led him to “Build A Bicycle – Bicycle Therapy, a shop in Kingsford where he fixed bikes, sold new ones and gave many away.”

While speaking to the paper, Pringle noted: “I’ve had people in the beginning who told me, ‘You donate too much.’ But the more we donate, the more that comes back at the end of the day. I don’t need money. What am I gonna do with it, collect it and save it?”