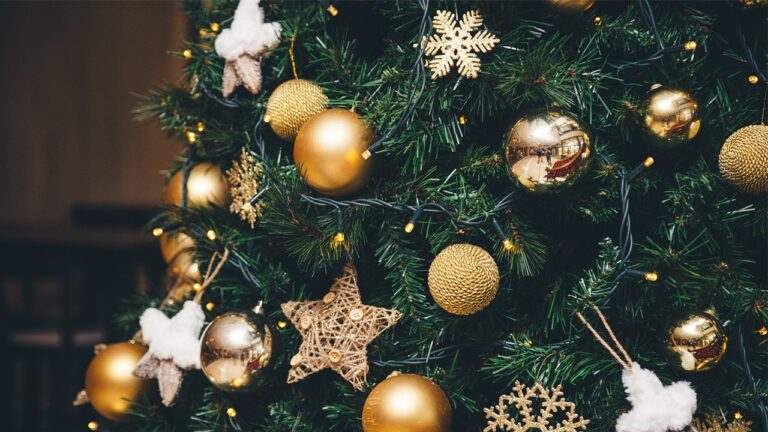 A pair of public libraries in a Boston suburb will display Christmas trees after all, following a community outcry when the trees’ absence was noticed earlier this month.

“The initial decision to not display a Christmas tree was the result of an ongoing review of all our holiday decorations and displays that started back in the spring. What has played out on social media is unfortunate, it has negatively impacted our staff and the community, and frankly, transpired before we had even started our seasonal decorating. As we finish decorating for this holiday season, Christmas trees will be put up at both locations,” the director of the Dedham Library, which has both a main branch and an Endicott branch, said in a statement Monday provided to Fox News Digital.

Controversy erupted earlier this month when the manager of the Endicott Branch Library in Dedham sounded the alarm that there was no Christmas tree on display at the public library.

“I have never posted a negative post on Facebook. That is, until now. I found out today that my beautiful library will not have its Christmas tree this year,” Lisa Desmond, manager of the Endicott Branch Library in Dedham, wrote on Facebook earlier this month.

“When I asked, I was told ‘people’ were made uncomfortable last year looking at it. I’m sorry WHAT? In my 28 years at the Dedham Public Library, I have never heard a negative comment,” Desmond continued.

Controversy soon flared in the town, Boston.com reported. Though Desmond saw many Facebook commenters declare their support for the Christmas tree, others said wanting a Christmas tree in the library was an example of “Christian privilege,” according to WBZ.

Desmond said some the messages she received pushed her to call the police.

“I was actually put into a category with murderers – that was probably the lowest point I’ve ever had,” Desmond told WBZ.

One message Desmond received was reportedly posted by a member of the town’s Human Rights Commission who claimed in a profanity-laced social media message that Desmond “put people’s lives in a lot of danger,” Boston.com reported.

The Human Rights Commission in Dedham posted on its own Facebook page last Tuesday that the member had stepped down from her position.

Officials for the Massachusetts town denounced the “recent online threats and bullying” and said the fighting has “turned neighbor against neighbor.”

“The Town of Dedham stands in support of all town staff targeted by recent online threats and bullying. Unfortunately, a recent social media post expressing disagreement with the decision to display a holiday tree at the library has quickly evolved into a polarized environment and has led to the harassment and bullying of town employees,” the statement from the Town of Dedham reads, according to Boston.com. “We wholeheartedly condemn this behavior as it tears at the fabric of our community and cannot be tolerated.

“We continue to encourage constructive conversations and healthy debates, but because of social media and outside sources, what could have been something of legitimate discourse turned neighbor against neighbor, and has threatened the safety and well-being of community members and staff,” the statement continued. “This behavior is not a true reflection of our commitment to lead with kindness and civility.”

The library director continued in the statement Monday that at “Dedham Public Library we do our best to respect the wide variety of viewpoints and beliefs in our community, including those who choose to celebrate Christmas and other winter holidays. To be clear, there is no ban on Christmas at the Dedham library.”

“Moving forward, we will continue to review decorations and displays to ensure they are welcoming, enriching, and reflective of our entire community. I want to acknowledge the members of the public that have reached out to share their views. We will work to improve communication with community members and invite them to attend Board of Library Trustee meetings where open dialogue can take place.”

Fox News Digital reached out to Desmond and the Dedham Human Rights Commission but did not immediately receive replies.