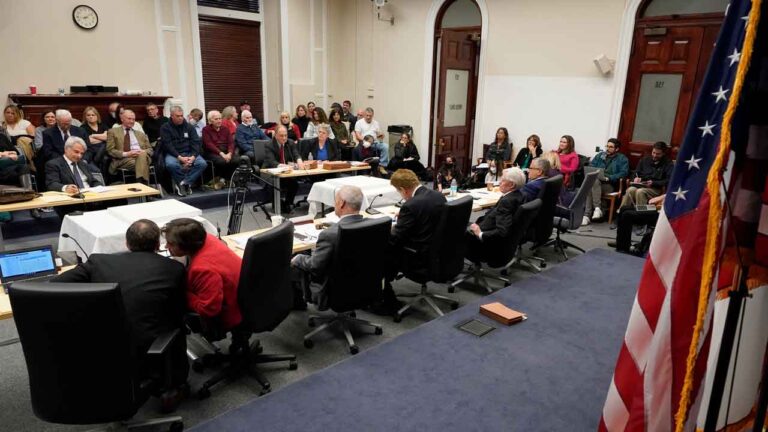 Massachusetts Gov. Charlie Baker has withdrawn his request seeking pardons for two individuals at the center of one the nation’s most notorious sexual abuse trials of the 1980s.

Lt. Gov. Karyn Polito said Wednesday that there didn’t appear to be enough support on the eight member Governor’s Council to approve the pardons following a public hearing Tuesday.

Gerald “Tooky” Amirault, his sister Cheryl Amirault LeFave and their late mother, Violet, were convicted in 1986 and 1987 of abusing young children at their Fells Acres Day Care in Malden. The Republican governor had sought pardons for Gerald and Cheryl Amirault.

The Governor’s Council must approve pardons.

Supporters and critics of the pardon requests testified Tuesday at a public hearing.

James Sultan, who represents the Amiraults, compared the Fells Acres case to the Salem Witch Trials during Tuesday’s hearing, saying his clients were the subject of a wave of hysteria.

Sultan said the children who testified against the Amiraults were subjected to what he called “blatant manipulation” by investigators, using investigative techniques that wouldn’t be allowed now.

Gerald Amirault’s wife Patty described her husband as a “good-to-the-core” man who was the victim of false accusations which changed their lives in an instant. She said they have been married 45 years and have three children.

CHRIS NOTH ALL SMILES IN MASSACHUSETTS AMID SEXUAL ASSAULT ALLEGATIONS

Laurence Hardoon, who helped prosecute the Fells Acres case, said during Tuesday’s hearing he fears that if the Amiraults win a pardon, children in future cases of sexual abuse may not be listened to.

“It will cast a pall over other children who will not be believed,” he said.

Hardoon said the arguments being made in defense of the Amiraults now were the same that were made at trial in the 1980s. He also rejected the argument that parents and those investigating the case implanted false memories in children at the day care center.

The Amiraults did not attend Tuesday’s hearing or Wednesday’s meeting of the council.

The Amiraults have long argued that they were victims of a sex abuse hysteria that swept the country in the 1980s and questionable testimony from child witnesses.

Gerald Amirault served 18 years in prison, was released, and wears an ankle bracelet to monitor his movements. He remains on the state’s sex offender registry.

LeFave received an eight- to 20-year sentence, but was released in 1995, having served 8 1/2 years. Violet Amirault was also released in 1995. She died of cancer two years later.

“I am left with grave doubt regarding the evidentiary strength of these convictions,” he added.