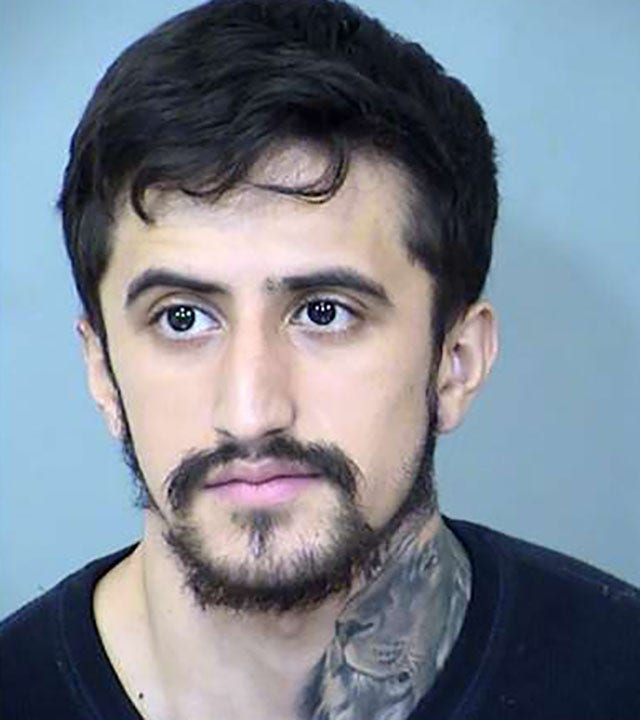 A man who allegedly murdered four of his ex-girlfriend’s relatives in Colorado was arrested in Mexico and returned to the U.S. after nearly two months on the lam, authorities said.

Joseph Castorena, 21, went on the run after he allegedly fatally shot four people in an Aurora home on Oct. 30, with his brother and cousin now facing charges of accessory to murder after the fact for helping the accused killer evade authorities.

Castorena was arrested Saturday in Aguascalientes, a state in north-central Mexico, with the assistance of the FBI and Mexican law enforcement, the Aurora Police Department announced. Castorena was flown to the U.S. on Sunday and was booked into a Maricopa County Sheriff’s Office detention center in Phoenix, Arizona.

Aurora police received information that Castorena fled to Zacatecas, another state in north-central Mexico, after the quadruple homicide, authorities said.

Investigators, with the help of federal and Mexican law enforcement partners, continued to monitor Castorena’s movements south through the country until his arrest Saturday.

“The arrest of Joseph Castorena should serve as an example that the dedicated men and women of the Aurora Police Department never quit on a case until those responsible are in custody,” interim Aurora police Chief Art Acevedo said in a statement. “I would like to thank our federal partners at the FBI and our law enforcement partners in Mexico for teaming up on the arrest.

“We hope this announcement helps bring family and friends of the victims a little closer to the closure they deserve,” Acevedo added. It’s unclear when or if Castorena will be transported to Colorado.

At 2:06 a.m. Oct. 30, Aurora 911 received a call about suspicious activity at a home on Geneva Street. Three minutes later, the dispatcher heard gunshots and upgraded the call.

Officers arrived at 2:15 a.m. to find four adults dead at a home near the intersection of East 10th Avenue and Geneva Street. Officers rescued two young children and a woman from the scene.

The woman and the children were unharmed, police said. The children are not related to the woman or the suspect.

The ongoing investigation revealed the incident stemmed from an ongoing domestic situation between the surviving woman and the suspect, Aurora police said.

FOX 31 Denver previously identified the deceased victims as Mariana Serrano and her husband, Ken Green. Mariana Serrano is the sister of Castorena’s ex-girlfriend, who survived the incident. Their father, Jesus Serrano, also was killed, along with neighbor Rodolfo Salgado, according to family. The ex-girlfriend and her father had applied for restraining orders against Castorena just a week before the deadly shooting, according to the outlet.

Both the younger Castorena and Casillas-Flores were transported back to Aurora and booked into jail on the charge of accessory after the fact, first-degree murder.

Detectives did not immediately have evidence indicating either the brother or cousin was directly involved in the shooting on Geneva Street, but investigators did determine Casillas-Flores assisted Castorena in avoiding apprehension, Aurora police said.