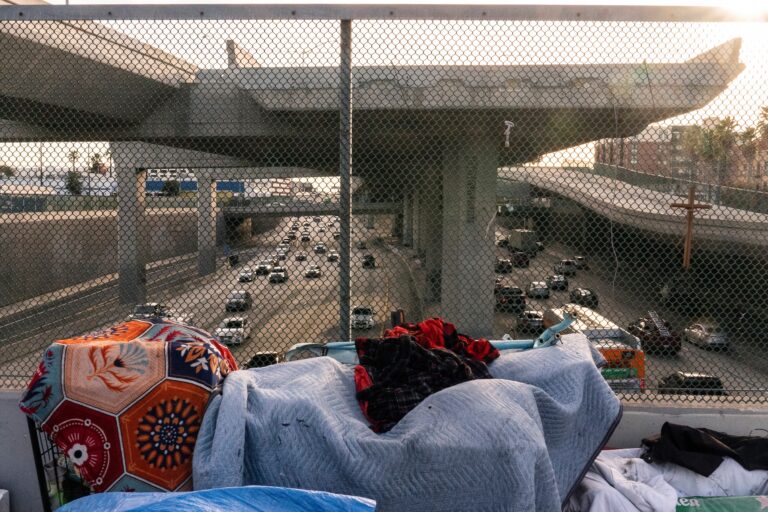 The City Council approved the measure in a 13-0 vote. The declaration is slated to last six months as the city continues to grapple with homelessness and solutions on how to house people living on the street.

“My mandate is to move Los Angeles in a new direction with an urgent and strategic approach to solving one of our city’s toughest challenges and creating a brighter future for every Angeleno,” Bass said, Fox Los Angeles reported.

The declaration will allow Bass to take a more aggressive approach to combat homelessness. The council will have to sign off on the measure every 30 days.

Bass said she plans to announce a program called Inside Safe in the coming days that will cost under $100 million and allow for the use of master leasing with motels to house the homeless, the report said.

The declaration will allow the city to make better use of city-owned land and to expedite approvals for affordable housing, which many advocates have said is sorely lacking in Los Angeles County.

Citywide, Los Angeles has nearly 42,000 people classified as homeless, according to figures released in September from the Los Angeles Homeless Services Authority point-in-time count. That figure was up 1.7% from the 2020 count. The 2021 count was postponed because of the COVID-19 pandemic.

Jennifer Hark Dietz, CEO of People Assisting The Homeless, said Bass was right to declare a state of emergency.

“The city’s approach to homelessness has become more piecemeal and politicized and this state of emergency can leverage the power of the executive branch to make sustainable improvements to our service system and dramatically increase the production of desperately needed housing,” Dietz said in a statement.

The Committee for Greater LA, a group of civic leaders, said it also agreed with Bass’ move.

“Unprecedented actions, like those in Mayor Bass’s plan, are needed to significantly improve the lives of people experiencing homelessness and to remove the barriers they face in securing housing,” read a statement from group Chair Miguel Santana and Sarah Dusseault, chair of the group’s housing and homelessness action team.