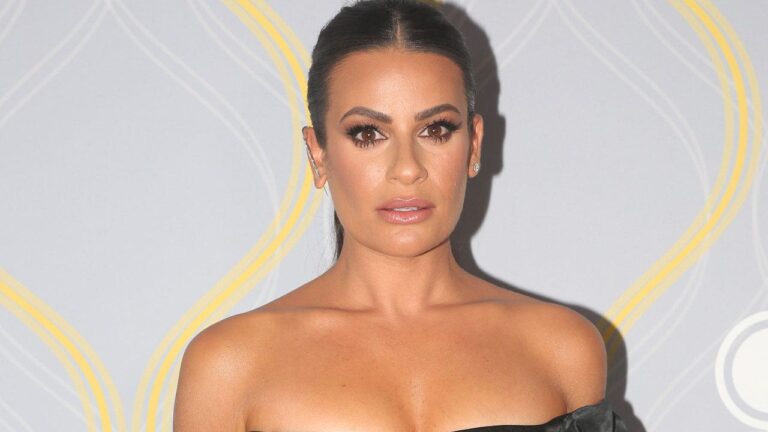 Lea Michele opened up about some harsh criticism she received early on in her career.

The 36-year-old actress, who is starring as Fanny Brice in Broadway’s revival of “Funny Girl,“ told Town & Country magazine she was subjected to derogatory remarks about her appearance when she was younger.

“People would tell me to get nose jobs, that I wasn’t pretty enough for film and television,” Michele recalled.

The “Glee” alum told the outlet comparisons were frequently made between her and Barbra Streisand, who has spoken out about her refusal to get a nose job many times over the years.

“She was an icon for me in my life,” Michele said of Streisand.

The former “Scream Queens” star told the outlet she was overjoyed when she recently received a congratulatory note from Streisand.

“It was so surreal and such a wonderful moment,” Michele said. “The fact that she acknowledged my performance … I could cry.

Michele told Town & Country she may decide to keep the content of Streisand’s note to herself.

“It was a beautiful, handwritten note that I will cherish. She was incredibly complimentary,” she said. “It exists. It happened, and now I feel like so many dreams can come true.”

Michele said she first discovered “Funny Girl” in 2006 when she was starring on Broadway in “Spring Awakening.” The musical’s director, Michael Mayer, recommended it to her since she was going through a painful breakup at the time, and Michele said she “became obsessed.”

During a trip to visit Mayer with Groff, Michele met Murphy and the two talked about “Funny Girl.” She told the outlet Murphy created the role of “Glee” character Rachel Berry for her that night.

In the hit FOX musical series, Michele played a high schooler and aspiring Broadway star who was obsessed with “Funny Girl.” During the show’s six-season run from 2009 to 2015, Rachel sang some of Fanny’s most famous numbers, including “Don’t Rain on My Parade,” “I’m the Greatest Star,” “People” and “My Man.”

In the fifth season of “Glee,” Rachel drops out of college after landing her dream role as Fanny in a Broadway revival of “Funny Girl.”

In July, it was announced Michele would be taking over the role of Fanny from Beanie Feldstein in the revival, which is directed by Mayer.

“A dream come true is an understatement,” Michele wrote in an Instagram post after the casting news was announced. “I’m so incredibly honored to join this amazing cast and production and return to the stage playing Fanny Brice on Broadway.”