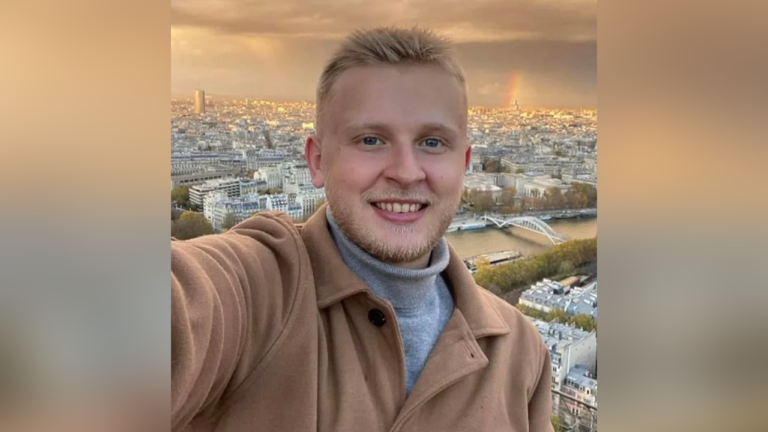 The American college student who went missing while studying abroad in France was “insufficiently prepared” for life overseas and may have left voluntarily, according to a French prosecutor.

Ken DeLand Jr., a senior at St. John Fisher University in Rochester, New York, last contacted his parents on Nov. 27 on the WhatsApp messaging app after he left the home of his host family to catch a train to Valence, France. His phone was last pinged on Nov. 30.

Grenoble prosecutor Eric Vaillant said in a statement to French media that DeLand seems to have left the city voluntarily after having trouble making friends.

The 22-year-old student was learning French at the University of Grenoble Alpes.

Vaillant said DeLand had expressed a desire to leave early for the city of Marseille before returning home to the U.S. He was scheduled to leave France on Dec. 15.

“Initially, Ken struggled to fit in and make friends abroad,” the family wrote. “However, he continued to remain positive and made great connections. We learned that he told friends in the United States and France that he wished to travel to Marseille before coming home.”

The family said he is about 6 feet tall and 190 pounds. They also provided a photograph from a surveillance camera of him walking inside a sporting goods store on Dec. 3.

“We fear the worst and want him to be located,” the family’s website reads.

According to French authorities, DeLand was reported missing on Nov. 29 after not attending class or being seen by any friends or his host family, prompting an investigation into his disappearance.

Classmates who saw him on campus the day before said he seemed normal and happy, the family’s website said.

DeLand’s bank authorized police to track his purchases after it learned of his disappearance. He made a purchase of $8.40 at a store at 9 a.m. on Dec. 3 in the town of Montelimar, according to his bank statement.

He was learning overseas through the study abroad program called the American Institute for Foreign Study, which said it “joins others concerned for his safety and we are working with local law enforcement who have begun a search.”

“We have been in contact with Kenneth’s family and university and we are hoping for his swift and safe return,” AIFS said in a statement.

The tips the family received through its website have been passed on to the FBI, which is assisting international authorities in the investigation through its office in Paris.

The U.S. State Department said it is “aware of reports of a U.S. citizen missing in France.”

“When a U.S. citizen is missing, we work closely with local authorities as they carry out their search efforts, and we share information with families however we can,” a State Department spokesperson told Fox News Digital. “The Department of State has no higher priority than the welfare and safety of U.S. citizens abroad. We stand ready to provide appropriate assistance to U.S. citizens in need and to their families.”