Kate Hudson on having more children, expanding her family: 'I don’t know if I’m done yet' | Republican Investor

Kate Hudson on having more children, expanding her family: ‘I don’t know if I’m done yet’ 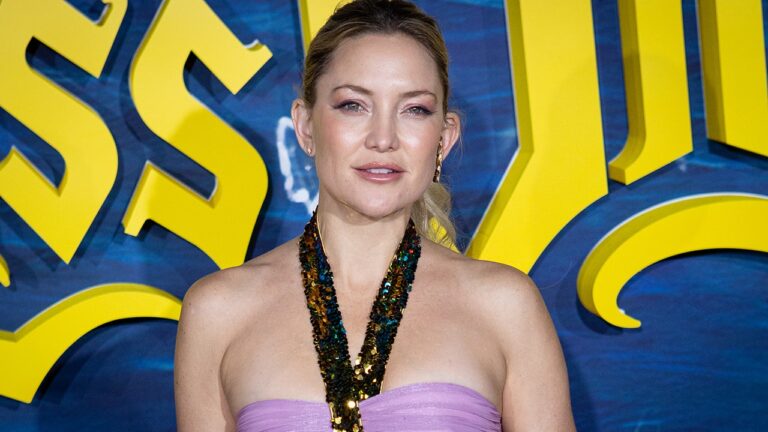 Kate Hudson has not closed the door on having more children in her future.

Hudson, 43, was recently featured in Byrdie’s “After-Dark,” where she shared that she may be open to the idea of expanding her family.

“I’ve been having children my entire adult life,” she shared with the outlet. “I’ve got my 4-year-old and I’ve got a kid in college. And I don’t even know if I’m done yet. You know, I don’t have that answer yet.”

KATE HUDSON ON CO-PARENTING HER THREE CHILDREN WITH THREE DIFFERENT FATHERS: ‘I FEEL LIKE WE’RE KILLING IT’

The mother of three shared that her priority is to raise her children based on their individual interests and talents.

“The thing is with kids, you have to let them be who they’re meant to be,” Hudson said.

Speaking on how she checks-in with herself while raising her family, the “Almost Famous” actress shared that she asks herself a series of questions.

Those questions include, “How am I? You know, where am I at? And do I feel good? And do I feel healthy? And how are my kids? How’s my relationship? Like, am I happy right now? And what do I need to be happy? Where do I need to spend some time refocusing?”

Last month, Hudson opened up about her blended family in an interview with The Sunday Times.

“It might not look traditional from the outside, but on the inside I feel like we’re killing it,” the “Glass Onion: A Knives Out Mystery” star told the outlet.

She continued, “The unit that I’ve created with three children with three different fathers is a seriously strong unit, and it’s ours.”

“I’m not interested in forcing some conventional idea of love or marriage. I’d like to be able to grow intimately with my partner for a long time, but I also don’t have rose-coloured glasses on.”

“My goal in life is that I want to feel love and I want to give love, but I’m also practical, so, one day at a time,” Hudson added. “I work really hard at relationships because I like them.”

“My parents have done an amazing job of continuing that dance,” the Academy Award nominee noted.

Hudson was referring to her mother Goldie Hawn, 77, and her partner of 39 years, Kurt Russell, 71. Though Hudson is the biological daughter of Hawn and musician Bill Hudson, 73, the “Fool’s Good” actress has said that she considers Russell to be her father.

In her interview with the Times, Hudson shared her thoughts on how she has approached parenting differently since welcoming her first-born with The Black Crowes founder when she was 24.

“I’m definitely more present as a mother now that I’m older,” the Los Angeles-native said. “With Ryder, our relationship is so special because I grew up with him. The big learning period of my life and becoming a woman happened as I was being a mother.”

She continued, “It was a choice. We wanted to have a baby and it felt instinctual. I was very attached to him and vice versa. I took him everywhere. I didn’t leave him until he was two. I didn’t even really put him in school until he was ten, whereas I’m far more structured with my other kids. When Ryder got older I [realized] a little more structure might be good for the kid.”

Janelle Ash is an entertainment writer for Fox News Digital.