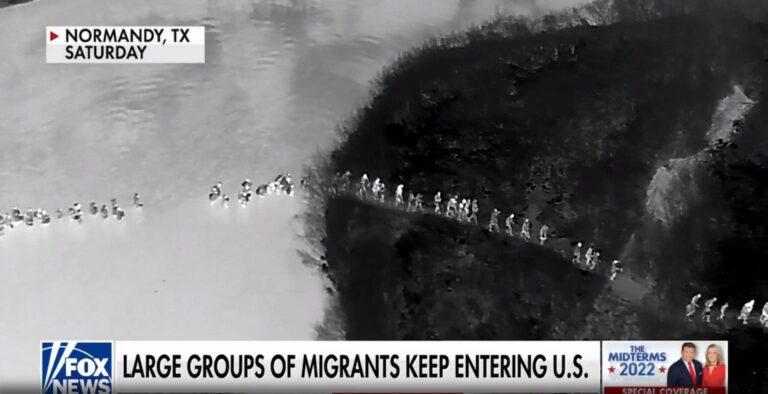 White House press secretary Karine Jean-Pierre took a series of questions on the looming expiration of Title 42 on Dec. 21, though when it came to specifics of how the Biden administration is going to tackle the expected influx of illegal immigrants, she did not provide specifics.

Jean-Pierre told reporters the administration was doing the work to produce a plan that addresses migrants coming over the border illegally after Dec. 21.

A court ordered the Biden administration to stop using authority under Title 42 – a public health order that has been used since the beginning of the COVID-19 pandemic to return migrants to Mexico – after it was found to be unlawful.

According to the Department of Homeland Security, an estimated 9,000 to 15,000 migrant crossings could occur each day once Title 42 expires.

When asked about the warning from DHS and the estimated number of people expected to cross the border once the authority is removed, Jean-Pierre came up blank.

“Look, I don’t have an estimate to share with you,” she said, before pointing the reporter to a six-point plan released by DHS.

Jean-Pierre also pointed out that Homeland Security Secretary Alejandro Mayorkas was recently at the border to speak on the six-point plan.

Mayorkas visited El Paso, Texas, earlier this week, and on the website, he issued several statements on the expiration of Title 42.

“Once the Title 42 order is no longer in place, DHS will process individuals encountered at the border without proper travel documents using its longstanding Title 8 authorities, which provide for meaningful consequences, including barring individuals who are removed from re-entry for five years,” he said. “These consequences include placing individuals in expedited removal, which allows DHS to quickly repatriate individuals who do not have a legal basis to stay in the United States.”

He also said smugglers will spread misinformation to take advantage of vulnerable migrants.

“Let me be clear: Title 42 or not, those unable to establish a legal basis to remain in the United States will be removed,” Mayorkas said.