June Blair, ‘The Adventures of Ozzie and Harriet’ actress and Playboy playmate, dead at 90 | Republican Investor

June Blair, ‘The Adventures of Ozzie and Harriet’ actress and Playboy playmate, dead at 90 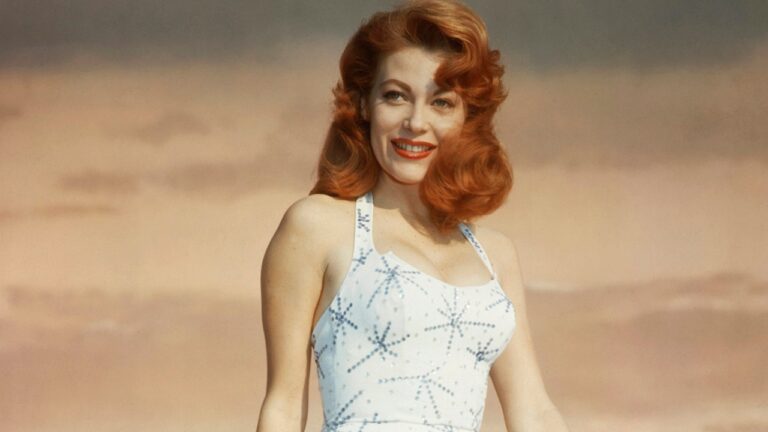 June Blair, a Playboy playmate and actress who portrayed the wife of her real-life husband, David Nelson, on “The Adventures of Ozzie and Harriet,” has died. She was 90.

The star and “beloved mom” passed away on Dec. 5 at her home in Sherman Oaks, California, from natural causes, her daughter-in-law Susan Nelson told Fox News Digital on Sunday.

“She was an incredible mom, grandmother, friend and devoted animal advocate, caring for all of God’s creatures with her whole heart,” said Susan. “The family thanks her wonderful, devoted fans. She treasured them.”

Blair was Playboy’s Playmate of the Month in January 1957 before she was offered the starring role of the film noir “Hell Bound” opposite John Russell. Blair played Paula, a woman who finds herself in the middle of a Los Angeles crime ring after World War II.

VENETIA STEVENSON, ‘THE MOST PHOTOGENIC GIRL IN THE WORLD’ WHO DATED ELVIS, QUIT ACTING FOR THIS REASON

In 1959, Blair appeared in “The Rabbit Trap,” where she played Judy Colt, a vulnerable secretary at a construction firm. The film starred Ernest Borgnine and Don Rickles. That same year, she starred in the adventure flick “Island of Lost Women” featuring future “Batman” butler Alan Napier, as well as Venetia Stevenson, known as “the most photogenic girl in the world,” and Diane Jergens.

Blair had just played a saloonkeeper in the series “Two Faces West” when she became engaged to David in 1961. According to The Hollywood Reporter, the couple married that year with David’s younger brother, Ricky Nelson, serving as best man.

The Hollywood Reporter shared that Blair appeared on two episodes of “The Adventures of Ozzie and Harriet” in 1960 as other characters. However, she was introduced as Mrs. June Nelson in the third episode of the show’s 10th season, titled “The Newlyweds Get Settled,” which aired on Oct. 12, 1961.

″The Adventures of Ozzie and Harriet,″ one of TV’s longest-running family comedies, first appeared on the small screen in 1952 after eight years on radio. The sitcom centered on the squeaky-clean Nelson family, and it blurred the line between fiction and reality with Ozzie and Harriet being the parents of David and Ricky both onscreen and off. Ricky married actress Kristin Harmon, the sister of “NCIS” star Mark Harmon, in 1963. She joined the series that year, too.

Blair remained on the show, with a year off to care for her firstborn, through its 14th and final season, The Hollywood Reporter revealed. She and David had two sons, Daniel Blair Nelson and James Eric Nelson, before they divorced in 1975. Blair never remarried.

Margaret June Blair was born on Oct. 20, 1932, in San Francisco, said Susan. The Hollywood Reporter noted that Blair was abandoned by her father at 8 months and by her mother at age 3. She became a ward of the State of California and reportedly grew up with at least eight families.

Blair, a pinup, was soon sought after by leading men. She reportedly dated stars like Bobby Darin, Dick Sargent and Lindsay Crosby, the son of crooner Bing Crosby. At one point, she was engaged to the musician Nino Temple and served as the inspiration for the song “Loonie ‘Bout Junie.”

Blair appeared in several films and TV shows throughout the ‘50s, with “The Adventures of Ozzie and Harriet” being her last onscreen credited role. David said “I do” once more to Yvonne O’Connor Huston in 1975. The couple was married for nearly 36 years before the actor passed away in 2011 at age 74 from colon cancer.

“I’ve always been an independent girl,” Blair said in a 1963 interview. “I was afraid the Nelsons might try to absorb me, as it were, but they haven’t. The way it’s worked out, they’re there if I need them, and they’re not when I don’t.”

In addition to her sons and daughter-in-law, Blair is survived by her granddaughter, Paige Margaret Nelson.