Jay Leno wants to joke about his facial burns: ‘There’s nothing worse than whiny celebrities’ 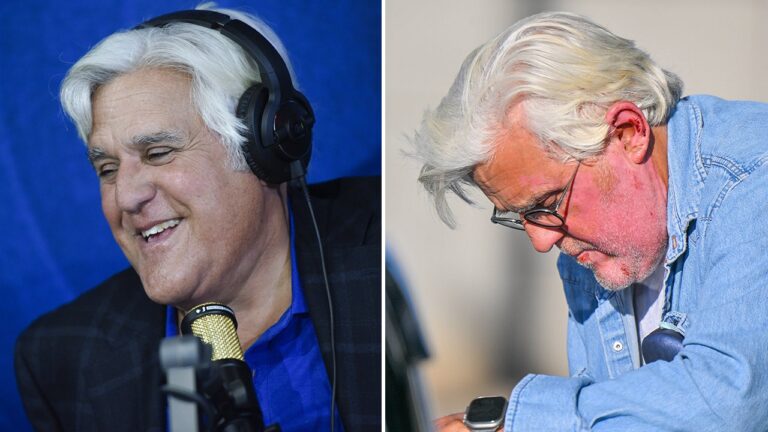 It has been nearly one month since a gasoline accident left Jay Leno hospitalized with severe burns, but the comedian wants to add some brevity to the conversation surrounding his new normal, or face.

Speaking to The Wall Street Journal about his accident, the former “Tonight Show” host said, “Eight days later, I had a brand new face. And it’s better than what was there before.”

This isn’t the first time the 72-year-old has made jokes at his own expense.

Just two weeks after being treated at the Grossman Burn Center, Leno joked with reporters outside The Comedy & Magic Club in Hermosa Beach, “I never thought of myself as a roast comic,” per “Today” video. “We have two shows tonight: regular and extra crispy.”

Speaking candidly with the Journal, Leno says, “But really, it was an accident, that’s all. Anybody who works with their hands on a regular basis is going to have an accident at some point.”

Leno sustained injuries to his hands and face after a fire erupted in Leno’s Burbank garage on Nov. 12.

“If you play football, you get a concussion or a broken leg. Anything you do, there’s a risk factor.”

Making fun of himself is not something Leno plans to skip.

“You have to joke about it. There’s nothing worse than whiny celebrities. If you joke about it, people laugh along with you,” he said of being the butt of his own joke.