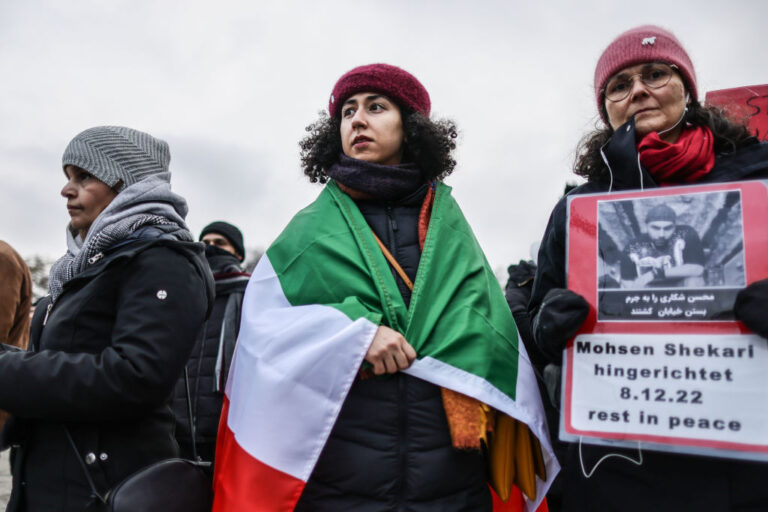 The United Nations voted on Wednesday to remove Iran from its place on a women’s rights committee, drawing applause from Iranian dissidents who are seeking to depose the hardline regime following its murder of a 22-year-old woman who improperly wore her head covering.

The United States led the charge to see Iran booted from the U.N.’s Commission on the Status of Women, where it has served since 2019 even though it is one of the world’s foremost human rights abusers. The United States draft resolution was passed after 29 countries voted in favor, with 8 against and 16 abstentions.

Iran’s role on the women’s committee was challenged from the very start by opponents of the hardline regime who cited its record of oppressing and killing women. In light of an ongoing protest movement in Iran fueled by the regime’s abuse of women and girls, the U.N. signaled that international outrage was too great to let Tehran remain on the commission, which works to empower women and create gender parity.

Linda Thomas-Greenfield, the U.S. ambassador to the U.N., described Iran’s presence on the committee as an “ugly stain on the commission’s credibility,” according to Reuters. Iran’s U.N. ambassador described the vote as illegal and called the United States a bully for leading the charge.

White House national security adviser Jake Sullivan said the vote “is another sign of the growing international consensus on Iran and demands for accountability.” The United States, he said, “is working with our allies and partners around the world to hold Iran accountable for the abuses it is committing against its own people, notably peaceful protesters, women, and girls.”

Secretary of State Antony Blinken also described the U.N.’s action as “an unmistakable message of support from around the world to the brave people of Iran, and in particular to Iranian women and girls, who remain undaunted despite the brutality and violence perpetrated against them by the Iranian regime.”

“Today’s vote is proof that the international community is beginning to understand more and more the dangerous nature of the Iranian regime: a regime which is endangering regional and global stability through spreading terror and is seeking to obtain a nuclear weapon, all while it oppresses its own people and denies them their basic rights,” outgoing Israeli prime minister Yair Lapid said in a statement. “It’s time for the international community to send a clear message to this murderous regime.”