Idaho murders: University senior says lack of answers one month after stabbings can be ‘frustrating’ 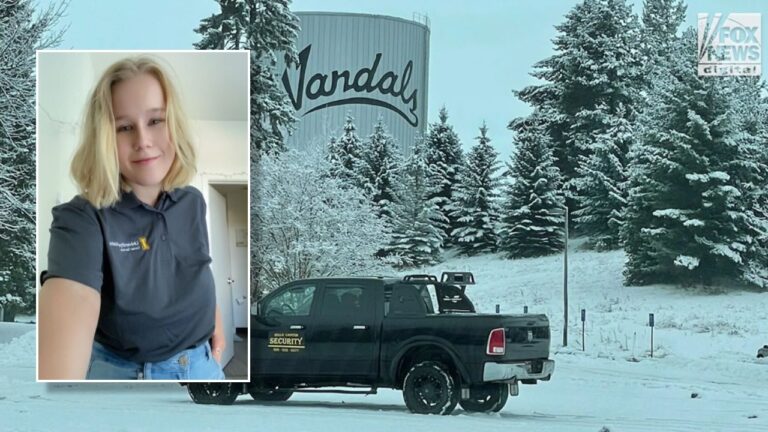 MOSCOW, Idaho – MOSCOW, Idaho – Katarina Hockema, a University of Idaho student and journalism major, says the lack of answers surrounding the Nov. 13 murders of four of her peers in their off-campus house can be “frustrating.”

The U of I senior was not personally friends with the victims — Ethan Chapin, 20; Xana Kernodle, 20; Kaylee Goncalves, 21; and Madison Mogen, 21 — but she says the school community was close-knit enough that everyone has some kind of connection to them, whether that connection is a mutual friend, a shared major or class, or even the restaurant scene in downtown Moscow, where two of the victims worked at the same Greek restaurant.

“I’m fully aware that law enforcement has the resources that they need to be able to solve this case. And they’re doing everything that they can and putting everything that they can into trying to solve this. But when it continues to go on day by day, you hear very little information — rightfully so, because you don’t want to investigate or you don’t want to compromise the investigation — that can be frustrating,” Hockema told Fox News Digital.

The Alaska native, who is an editor for a school magazine called “Bolt” and a journalism intern with the Career Services Office on campus, returned home earlier than expected because her professors made finals available for students to complete online, and she wanted to spend some extra time with family over the holidays.

“[I]t can be concerning to have a lack of information because as far as we know, there is no suspect…confirmed by law enforcement or in custody. And so that’s a good indicator that this person is still out there and could still potentially pose a threat to the community,” Hockema said.

The small-ish college town of Moscow, Idaho, that seniors have come to know and love over the last three-and-a-half years may never feel the same for her or other students again.

“[T]o see that something like this could happen, and that [Moscow] wasn’t immune to this kind of violence, was an eye-opener. It really just kind of made me hold Moscow to the same standard as some other communities,” Hockema said. “I’ve always lived in small towns and I’ve always walked by myself alone at night or not worried too much about locking my car or kept my windows open and not really ever thought twice about it. But this is something that’s changed my mindset.”

In her op-ed published in The Idaho Statesman, Hockema recalled going to a party on Nov. 13 not long after receiving an alert from local police informing students that four people had been murdered near campus. She was heading to a party in nearby Lewiston that included a game of glow-in-the-dark capture. Hockema had not fully processed the news as the night continued and she returned home later. The true gravity of the situation didn’t hit her until later.

Moscow’s last homicide was recorded in 2015, and while there have been some other crimes and student deaths due to automobile accidents or other accidental tragedies, Hockema never thought a student murder — never mind a quadruple student murder — would occur in the town she described as otherwise “welcoming” and “a safe community.”

Students are also trying to avoid the social media rumor mill that police have warned about, she said.

The Moscow Police Department (MPD), which is investigating the quadruple murder with federal and state officials, said in its Tuesday press release that “rumors and speculation have also affected the families of the victims, friends, and fellow students,” which has, “[i]n some cases … led to harassing and threatening behavior toward potentially involved parties.”

The U of I community is “really just trying to trust law enforcement here and only go off of what they’ve confirmed rather than falling into kind of the internet black hole,” Hockema said. “Although it’s so easy to do that these days.”

“The police have started to make that known that it’s really not beneficial to have these kinds of speculations. And I wouldn’t say it’s reflected on campus. Most people find it to be very disrespectful, and although we’re all curious for information and we all want to know more things, we’re not willing to falsely or hastily [share] certain information that isn’t confirmed by law enforcement,” the senior said.

She hopes incoming U of I students don’t let the recent tragedy taint their experience at the school, which has “so much to offer students.”

“I hope that they’re not discouraged by this in their perception of the school or the community because it is still so supportive and such a beneficial place to get your education,” Hockema said.

Many students left campus early before Thanksgiving break after the tragedy. While a majority of students returned to campus following Thanksgiving, students are preparing to leave campus again for Christmas.

Authorities are imploring anyone with information about the murders or the victims’ whereabouts on the evening before the attack to contact the Moscow police at 208-883-7054.