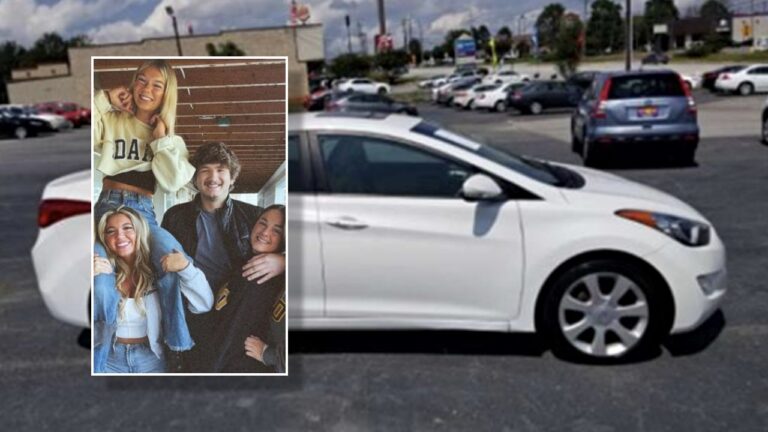 MOSCOW, Idaho – Idaho investigators have received an “amazing” number of tips related to a white vehicle spotted near the scene of a Nov. 13 quadruple homicide in a student rental home near the University of Idaho campus.

Police have not named any suspects in the murders of four U of I students including Ethan Chapin, 20; Xana Kernodle, 20; Kaylee Goncalves, 21; and Madison Mogen, 21, in the early morning hours of Nov. 13 but they are actively searching for a 2011-2013 model Hyundai Elantra that they believe may have information about the crime.

“We’ve had an amazing amount of tips come in on the white car. We really appreciate everybody’s help … and investigators are vetting those, and they’re following those,” MPD Chief James Fry said in a Friday video.

The Moscow Police Department told Fox News Digital that the vehicle was spotted near the crime scene in the early morning hours of Nov. 13, and investigators believe the person or people who were in that car at the time may have information that could be important to their investigation. Police do not have a license plate number for the car, which is why they are asking for the public’s help in tracking it down.

“Investigators would like to thank the community and public for recent information provided about the vehicle and the spike in tips,” MPD said in a Friday press release. “The FBI is prioritizing and vetting those tips for use in the investigation. The public is asked to continue to use the Tip Line to report any information about the vehicle.”

The Latah County coroner said the four homicide victims, who were friends and all part of Greek life at U of I, were fatally stabbed multiple times between 3 a.m. and 4 a.m. “Some” of the victims had defensive wounds.

Prior to the murders, Chapin and Kernodle, who were in a relationship, went to a party at the Sigma Chi fraternity house around 9 p.m. before arriving home around 1:45 a.m. Mogen and Goncalves went to a popular college bar called The Corner Club before ordering food from a food truck, where they were last seen on camera, and received a ride home from a “private party.” They were back home by 1:56 a.m.

IDAHO MURDERS: 25% TO 40% OF STUDENTS CHOSE NOT TO RETURN TO CAMPUS

Two other roommates, who lived on the first floor of the home with Kernodle, Mogen and Goncalves, survived the attack. At 11:58 a.m. the morning of the murders, one of the surviving roommate’s friends called 911 to report an unconscious person after witnesses one of the victims whom they thought had passed out and would not wake up.

Students who left campus for Thanksgiving break were given the option to stay home and learn remotely instead of returning to campus with a suspect still on the run.

Police also have yet to announce any kind of motive in the quadruple murder.

Tipsters can submit information related to the crime or the vehicle to the Tip Line at 208-883-7180 or the MPD tip email” tipline@ci.moscow.id.us.