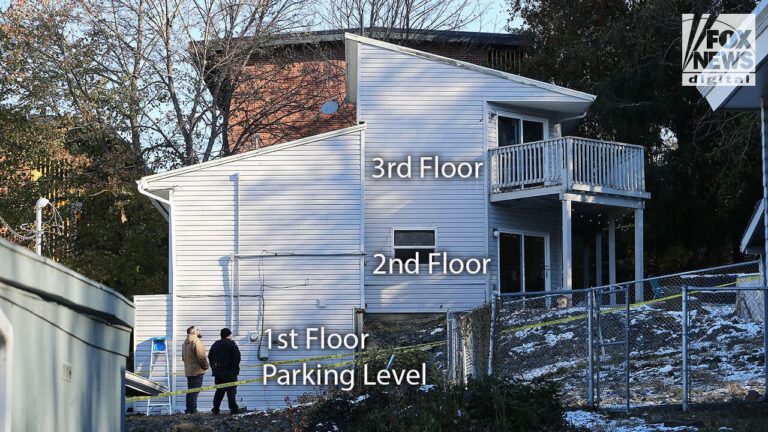 MOSCOW, Idaho – An old floor plan of the Moscow, Idaho, home where four college students were murdered in the early morning hours of Nov. 13 shows the second and third floors of their off-campus home when it was being renovated more than 20 years ago.

The college students, including Ethan Chapin, 20; Xana Kernodle, 20; Kaylee Goncalves, 21; and Madison Mogen, 21, were stabbed to death between 3 a.m. and 4 a.m. that Sunday, likely while sleeping, on the second and third floors of the home.

The residence is currently a three-story, six-bed, three-bath, single-family home that is frequently rented out by students in the area. The victims and their roommates rented out the home starting on June 5.

Two additional roommates who lived on the first floor of the home and were sleeping on the night of the homicides were unharmed in the attack that police have maintained was an “isolated, targeted” incident.

The floor plan, which appears to be dated June 8, 2000, shows how the home originally had a separate garage that no longer exists. The front door of the home leads directly from the driveway into the house, which has two bedrooms, a bathroom and a furnace room on the first floor.

The old floor plan also shows the second entry point from the kitchen that leads the back of the house.

The two bedrooms that are now on the second floor were formerly a dining room and an office, according to the old blueprint.

Finally, the third floor remains mostly the same as shown in the floor plan, with a bathroom and two bedrooms, one of which has a door that leads to a balcony that is not accessible from the ground.

Moscow Police Department Chief James Fry said during a November press conference that there were no signs of forced entry at the house when police initially responded to reports of an unconscious person at 11:58 a.m. on Nov. 13 and found the four deceased students upon arrival.

There were an unknown number of friends who arrived at the scene before police got there. One friend used one of the surviving roommate’s phones to dial 911 after seeing a victim whom the friend assumed had passed out and would not wake up.

Many students left campus early before Thanksgiving break after the tragedy. While a majority of students returned to campus following Thanksgiving, students are preparing to leave campus again for Christmas.

Authorities are imploring anyone with information about the murders or the victims’ whereabouts on the evening before the attack to contact the Moscow police at 208-883-7054.