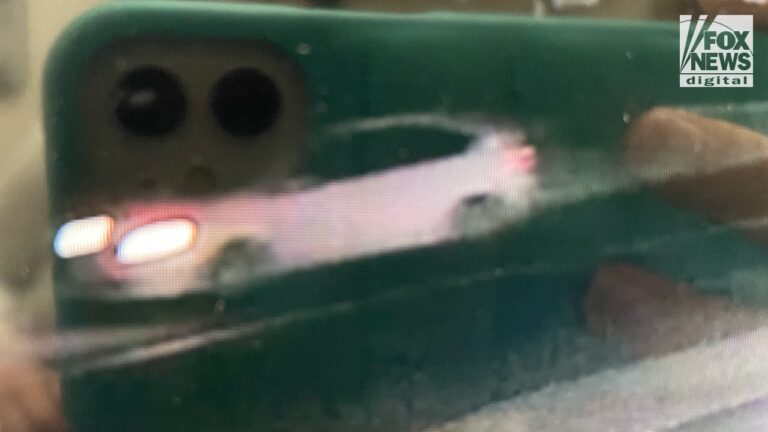 MOSCOW, Idaho – EXCLUSIVE: Detectives collected eight hours of surveillance video Tuesday morning from a gas station in Moscow where a clerk saw a white sedan passing by at 3:45 a.m. on the night of the unsolved stabbing deaths of four University of Idaho students, according store workers.

An overnight assistant manager told Fox News Digital that she’s been reviewing the tapes a little bit at a time over the past few days, looking for clues in her downtime on the graveyard shift. She said she was not working on the night of the murders.

Monday night, she said, she reached the 3 o’clock hour and spotted the car. She said she took a picture of the screen and sent it to an email address police set up to receive tips.

“I had a weird feeling to go get on the cameras,” she said, asking that her name not be publicized out of safety concerns as the suspect remains at large.

The car drove by “real quick,” she said, and turned down a side street off Highway 8.

Last week, police said they were looking to speak with the occupants of a white Hyundai Elantra who may have information on the slayings of Madison Mogen, 21, Kaylee Goncalves, 21, Ethan Chapin, 20, and Xana Kernodle, 20. The three women lived together at the home and Chapin, who was dating Kernodle, spent the night over.

Police have said they believe anyone in the Elantra may have “critical information to share” in the case.

Investigators arrived Tuesday morning around 11 a.m. and collected the video.

The store manager said that the officers identified themselves as state detectives and took a whole shift’s worth of video.

Asked if they’d found anything substantial as they left the building, one responded, “Not yet.”

UNIVERSITY OF IDAHO STUDENTS KILLED: A TIMELINE OF EVENTS

Police say a white 2011 to 2013 Hyundai Elantra was seen near the victims’ home around the time of the slayings.

The detectives went directly to the police station after leaving the gas station, and it was too soon for investigators to comment on the contents of the video.

Robbie Johnson, a police spokeswoman, said police continue to seek help from the public but said she could not immediately confirm whether the car on the gas station’s video was the same Elantra.

“If you saw anything that night that looks strange…anything you have to report, even if you don’t think it’s anything, we’re still encouraging people to send that in,” she said. “When we get that information, even it’s small, sometimes it can piece together the timeline, put those puzzle pieces together, and we get a greater, bigger picture of what was going on.”

No suspects have been publicly identified or taken into custody.

The tip line can be reached at 208-883-7180 or by email to tipline@ci.moscow.id.us. Digital Media can be submitted at fbi.gov/moscowidaho.