I was born in the Rio Grande Valley, here’s how Biden needs to handle the massive border crisis he caused | Republican Investor

I was born in the Rio Grande Valley, here’s how Biden needs to handle the massive border crisis he caused 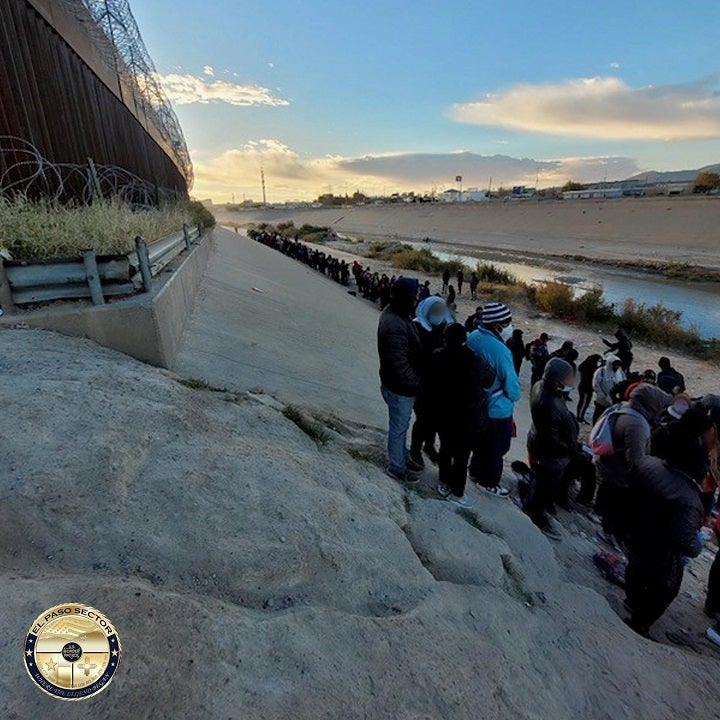 Recently, President Joe Biden visited a microchip factory plant in Arizona. When asked by a reporter if he would be visiting the U.S./Mexico border, Biden claimed he had more important things to do.

His response encapsulates the border policy of this administration: ignore the problem. Touring a factory might make for an easy photo op, but it’s certainly not more important than the national security of the United States. To properly understand this issue, Biden must first accept the reality of the border crisis and must then visit South Texas where I’d be more than happy to show him how severely broken our border really is.

As a native and longtime resident of the Rio Grande Valley, I have a unique understanding of border security issues and how they affect the hardworking families in my community. They face a wave of illegal drugs, stash houses, human trafficking, dangerous felons on the run, and constant streams of illegal immigrants. Farmers and ranchers often discover dead illegal immigrants in their fields and even small children are found alone, abandoned by smugglers.

It is no secret that the consequences of the Biden administration’s border security failures extend far beyond the valley and into countless communities. Over 100,000 Americans die each year from drug overdoses, the vast majority from synthetic opioids smuggled by cartels. Cartels have also mastered how to exploit our lax immigration enforcement and illegal immigrants.

The Biden administration claims to be pursuing humane policies, but nothing could be further from the truth. They are allowing criminals to get rich off their bureaucratic incompetence and malfeasance.

Earlier this year, Biden ended the successful Remain in Mexico program that allowed immigrants to wait in Mexico to have their asylum claims reviewed. To add insult to injury, Title 42 will be ending in late December, which allows for the rapid removal for public health concerns of those who cross our border illegally.

A top priority of the Republican-controlled House of Representatives will be to support Border Patrol with the resources they need to do their jobs. As the future representative of many Border Patrol agents and their families, I have a few ideas on how to do it.

Border Patrol agents tell me they have trucks that don’t work, old radios that can’t call for assistance when needed, and too few night-vision goggles to see threats at night.

The need for these goggles was only amplified by the tragic death of a Rio Grande Valley Border Patrol agent who crashed earlier this month while in pursuit of illegal immigrants in my district.

Funding new training centers for Border Patrol agents closer to the border and their homes must also be made a priority. In my district, South Texas College has set aside land and resources to allow for Border Patrol training. This gives agents the flexibility to train close to home rather than travelling throughout the country to meet those requirements.

The federal government should partner with South Texas College and other local institutions to help with these efforts. Not only would it better the quality of life for Border Patrol agents, but it would also improve day-to-day border security efforts.

I was proud to join Texas Republican Rep. Tony Gonzales to discuss the crisis of suicide among CBP agents. I will continue to legislatively advocate for mental health resources that help our men and women in green cope with the stress of the job that has been made so difficult by non-sensical Washington policies and lack of concern from out of touch politicians.

These issues should be addressed through a bipartisan effort and passed by the Republican-controlled House.

It is the duty of the American president and Congress to protect our national security and national borders.  In order to see the scale, cost, and tragedy of our border crisis, I once again invite Biden to tour the border and understand why this is one of the most important crises facing our country.