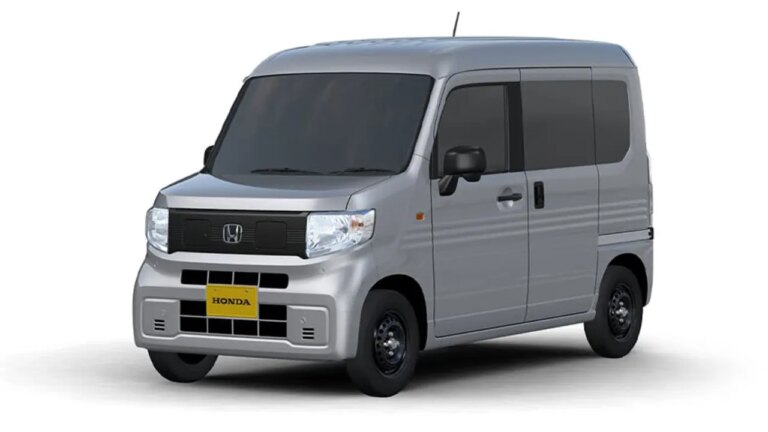 If you want a cheap electric Honda, you might want to think bout relocating … to Japan.

The automaker has announced plans to launch a battery-powered micro van next year at a microscopic price.

The N-Van is shorter in length than a Fiat 500, but is designed to seat four or carry a lot of cargo.

The rear seats and passenger seat fold flat into the floor to maximize the interior space.

The diminutive delivery vehicle is classified as a Kei car, which are super-small models intended to provide low-cost transportation in dense urban areas.

The electric version will have a range of 125 miles per charge, based on the Japan market testing protocol. A top speed has not been announced, but the gasoline-powered versions max out at around 80 mph.

According to Reuters, Honda is targeting a 1 million yen starting price for the electric N-Van, which currently converts to just $7,400.

Honda does not currently sell an all-electric vehicle in the U.S., but its lowest-priced model is the $25,045 HR-V.

Kei cars do not meet U.S. safety standards and are not sold for use on public roads. It is possible to import them for use on private properties as utility task vehicles, but Honda has no plans to offer the N-Van in the U.S. officially.