GOP Must Build on 2022 School Board Victories | Republican Investor

GOP Must Build on 2022 School Board Victories 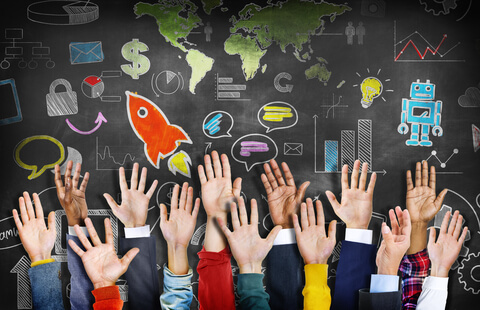 The Georgia Senate runoff election last week marked the official end to the 2022 midterm elections – and the official start of the 2023 election season. While next year won’t have a national contest for control of Congress and will feature only a few state legislature races, there will still be dozens of local races that are nonetheless of vital importance for the future of the country. In school board races in particular, conservatives can look to build on some bright spots from this year in what was an otherwise a somewhat disappointing cycle.

Following the midterm elections, mainstream media outlets have pushed the narrative that parental rights candidates fared poorly in school board races. While it’s true that some candidates who emphasized parental rights and opposition to left-wing ideologies like Critical Race Theory and radical gender theory were defeated, those candidates – who were typically aligned with local Republican Party organizations – often still far out-performed other Republicans in their districts. In many other cases, however, conservative parents’ rights candidates did manage to win even when other Republicans lost, and in some cases flipped several high-profile school boards.

Notably, these victories came in spite of conservatives being far outspent by liberal national teacher unions backing establishment candidates. One study from this past cycle found that, in California alone, teachers’ unions spent over $1.8 million supporting 287 candidates for school board elections, many of whom also received contributions from groups directly aligned with the Democrat Party. In one Los Angeles school board election, the California Teachers Association spent $330,600 on a single candidate – an unusually large sum given that most school board candidates spend less than $100,000 total on their races.

Conservatives had some much needed outside support of their own, however, from groups like Moms for Liberty. According to the group’s founder, roughly half of the candidates Moms for Liberty endorsed, most of whom were in competitive races, won this cycle. Given that most of these candidates were first-time politicians taking on incumbent school board members with better name ID, that’s an impressive success rate, especially considering conservative and Republican candidates hardly performed that well in competitive races for U.S. House and Senate seats.

Already, many conservative candidates who won last month have been making an impact and delivering on their campaign promises. In Florida, school board candidates backed by Governor DeSantis have fired several superintendents who supported teaching Critical Race Theory and insisted on continuing to implement unnecessary and potentially harmful COVID-19 restrictions. In Berkley County School District in South Carolina, a new Republican majority on the school board voted within hours of taking office to ban Critical Race Theory and set up a committee to review sexually explicit books and materials in school libraries. Just one week after Election Day, the Texas School Board voted to mandate that students use restroom and locker room facilities in accordance with their biological sex assigned at birth. Clearly seeing broad public support for the move, even the five Democrats on the board voted in favor of the policy.

Looking ahead to 2023 and even 2024, education and parental rights can continue to be winning issues for conservatives. While Democrats and the mainstream media are desperately attempting to downplay and discredit the effectiveness of Republicans’ message on education, the success of strong, well-funded candidates touting parents’ rights and getting woke ideologies out of the classroom cannot be ignored. For Republicans to rebound from a disappointing cycle, they would do well to double down on education, not retreat from it.

Andrew Abbott is the pen name of a writer and public affairs consultant with over a decade of experience in DC at the intersection of politics and culture.