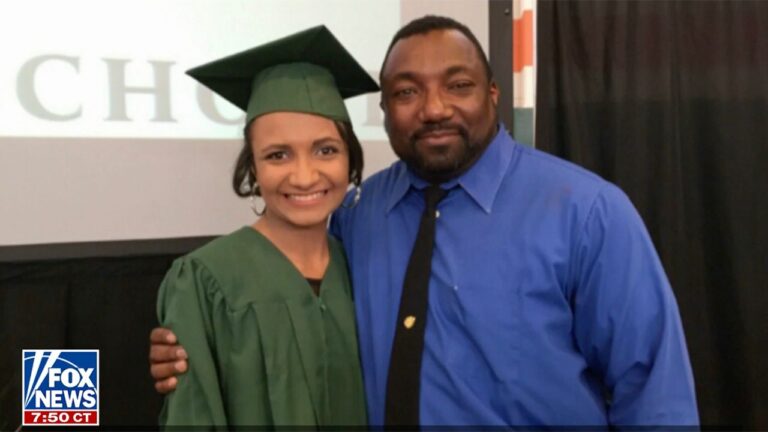 Folds of Honor is a foundation that helps families of fallen or disabled service members and first responders.

Now, 15 years later, Folds of Honor has awarded over 44,000 educational scholarships to the children of America’s heroes.

Folds of Honor CEO and founder Lt. Col. Dan Rooney and scholarship recipient Arianna Robinson joined “Fox & Friends” on Thursday to discuss how the foundation is impacting the student’s life.

“Getting to pursue my dreams and to go to school because of the Folds of Honor, and because my dad encouraged me to get involved with them, has been just the most miraculous thing in the entire world,” said Robinson.

Robinson’s father left her a voicemail shortly before he died, reminding her to fill out the Folds of Honor scholarship application.

FOLDS OF HONOR CEO ON ‘FOX & FRIENDS’: MILITARY FAMILIES ARE GETTING HELP THIS HOLIDAY SEASON

“I sent you a copy of your birth certificate and my military DD Form 214 for the Folds of Honor to your email … Talk to you later. Love you,” he said to her in the message.

Robinson was emotional as she listened again to her father’s voice — saying she feels blessed to have that recording of him.

“I get emotional every time I hear it,” she said.

“I love my dad’s voice and I love that he’s always a part of me, and it hits me every single time,” she said.

Robinson said she is forever grateful to Folds of Honor, which is allowing her to pursue her dreams.

Rooney said Robinson’s story is just one of many in the Folds of Honor community.

“We bring a light into the darkest places to thousands of families,” he said.

Those who are interested in donating to Folds of Honor can visit foldsofhonor.org.

“It’s about new beginnings. Help us help these families,” he said.

Robinson said she is forever grateful to Folds of Honor, which is allowing her to pursue her dreams.

“It helps to have a foundation that backs you in such a big moment in [one’s] life,” she said.

The Folds of Honor Foundation is a 501(c)(3) nonprofit organization.