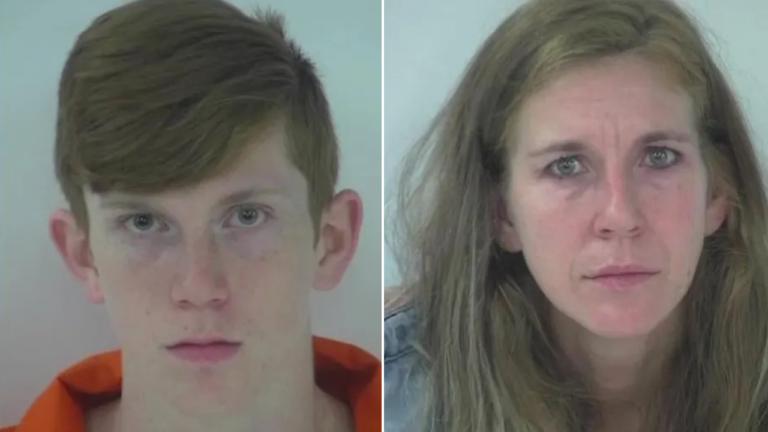 A mother and son in Georgia were arrested during a drug raid at their home on Dec. 3.

The Peachtree City Police Department says that 17-year-old Bradley Kantor as well as his mother, Ashley Kantor, were arrested during a drug raid at their home during the early morning hours of Dec. 3 and face several drug related charges, according to FOX 5.

Police similarly raided the home in 2021 and Bradley Kantor’s case was dealt with in juvenile court because he was 16 at the time.

Bradley Kantor is being charged as an adult because he’s 17-years-old, and police say that he is one of Peachtree City, Georgia’s most persistent drug dealers.

“He was charged with distribution and sales of marijuana, THC oils, controlled substance prescription medications as well as fentanyl,” Lt. Chris Hyatt said.

Ashley Kantor, the teen’s mother, is being charged with keeping a disorderly house and felony drug possession. She wasn’t charged after the 2021 raid.

Police say that Bradley Kantor’s girlfriend was also at the house when the raid took place and faces juvenile drug charges.