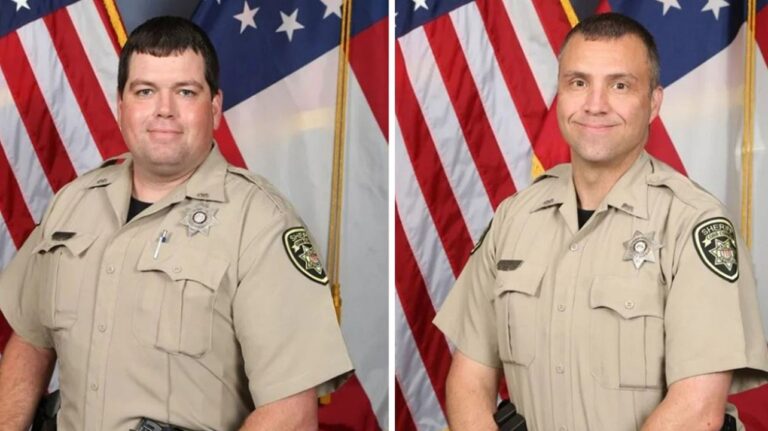 Broady said he decided not to seek the death penalty after speaking with the families of the fallen deputies in an effort to avoid putting them through the series of court hearings that would have been needed to prosecute the case.

“We made the mutual decision to complete the criminal case through a plea,” Broady said.

Ervin, Jr. and Koleski were killed at a home in the Marietta area while arresting a suspect wanted for theft, the sheriff’s office said. After a nearly four-hour standoff with law enforcement, Golden and another suspect, Christopher Cook, were taken into custody. Cook was charged with the alleged theft and Golden was charged with two counts of aggravated assault on an officer and murder.

Cobb County Sheriff Craig Owens, Sr. said the killings of his deputies have changed the lives of those in his office.

“Three months ago, our lives were forever changed,” he said in a statement. “It’s an emotional day for the Cobb County Sheriff’s Office, for the team of deputies who were on the scene, and all of those who served with and knew Deputies Marshall Ervin and Jonathan Koleski.”