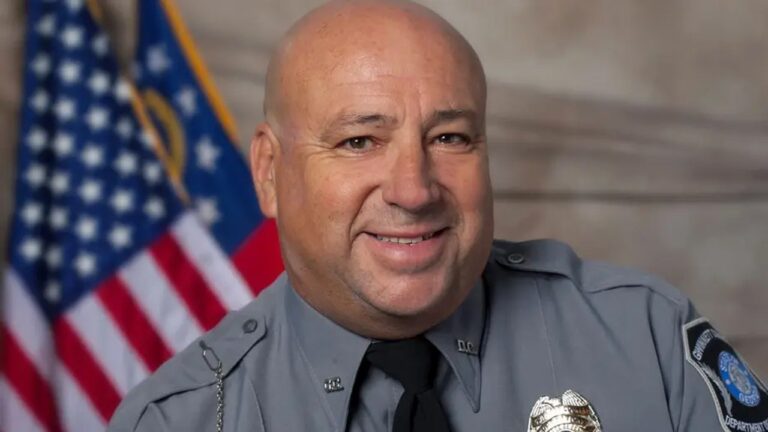 Authorities in Georgia are searching for whoever shot and killed a Gwinnett County corrections officer in a shooting Tuesday morning.

The shooting happened around 6:20 a.m. in the parking lot of the Gwinnett Correctional Center, according to FOX 5 Atlanta.

Scott Riner, 59, was found shot to death at the scene by officers.

Investigators believe the shooting happened during a confrontation with the suspect in the parking lot while Riner was heading to work. The motive behind the shooting is unclear, but police have released a video of the suspect on social media.

“The best that we can tell at this time is that the victim was involved in some kind of a confrontation or interaction with another individual here in the parking lot and that that individual did shoot him,” Gwinnett Police Department’s Sgt. Jennifer Richter said.

The suspect has not been identified and left the scene on foot.

Riner was an employee at the correctional facility for around 10 years, FOX 5 reports. The father and grandfather was described as respected and well-liked by coworkers, as well as prisoners at the facility.

“My prayers really go out to his family.  I want his family to know that he was our family as well, and we are going to get through this together,” Captain Audrey Henderson, who worked with Riner, said.

Gwinnett County police are asking for the public’s help in finding the suspect. Investigators want anyone who was in the area of Hi Hope Road and Swanson Drive, including Hurricane Shoals Road, Swanson, and Georgia 316, between 4 a.m. and 7 a.m. on Tuesday morning to contact detectives. They are particularly interested in anyone who may have dashcam footage in the area.