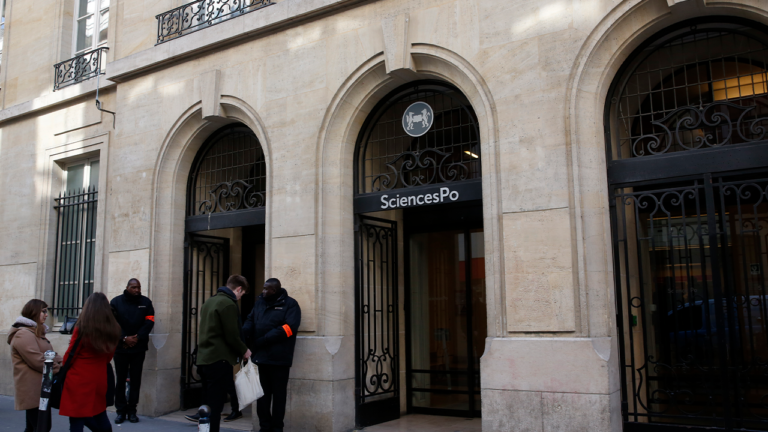 A ballroom dance teacher at elite French university Sciences Po Paris is out of a job after she was reprimanded for insisting on calling dance students “men” and “women,” as opposed to using non-gendered language.

“I say women on one side and men on the other because in dance there is a role for the man and a role for the woman,” former Sciences Po teacher Valerie, told AFP. She asked the outlet to only identify her by her first name.

“That’s the reason that we separated,” she said.

The university told AFP that officials had called a meeting with Valerie over her use of “discriminatory” language. Valerie subsequently quit her job over the university’s demands to use the words “leader” and “follower” instead of “men” and “women,” according to the outlet.

A student who spoke to a Parisian outlet described Valerie as “”old school” who had made the class “feel uneasy.”

After complaints that the school was going “woke,” university officials doubled down on their support of having an inclusive environment.

“We received a complaint from a student … backed up by several of them, according to which this teacher made remarks during her class that were discriminatory in nature in terms of the role of men in dance,” a spokesperson for Sciences Po told AFP.

“We asked her to desist from doing so and she did not wish to and decided not to continue with her classes.”

Sciences Po told Fox News Digital Sunday morning that the school “warned her about the requirement to stop her discriminatory comments, in accordance with the French legislation and our internal code of ethics.”

“In light of this, and contrary to press allegations that she had been dismissed from Sciences Po, this teacher has informed our administration that she does not have further interest in pursuing her class at Sciences Po,” the statement continued.

Valerie said she refused to “bow down to the dictatorship.”

“They’re censoring me. I won’t bow down to the dictatorship. Forget about being politically correct. What’s next? Swan Lake with a hairy swan?”

The teacher argued that” there was a notion of seduction” between a couple ballroom dancing, and added, “honestly two women dancing together, I find it ugly.”

Sciences Po added in its statement to Fox News Digital that it is “committed to fighting against all forms of discrimination and hence firmly denounces the falsehoods and political manipulation engendered by the resignation of a dance teacher.”

Valerie specialized in tango, waltz, salsa and other ballroom styles for the school extracurricular program, The Sunday Times reported.

Sciences Po is a public research university that opened in 1872 and has a reputation as being elite due to its difficult admission process.