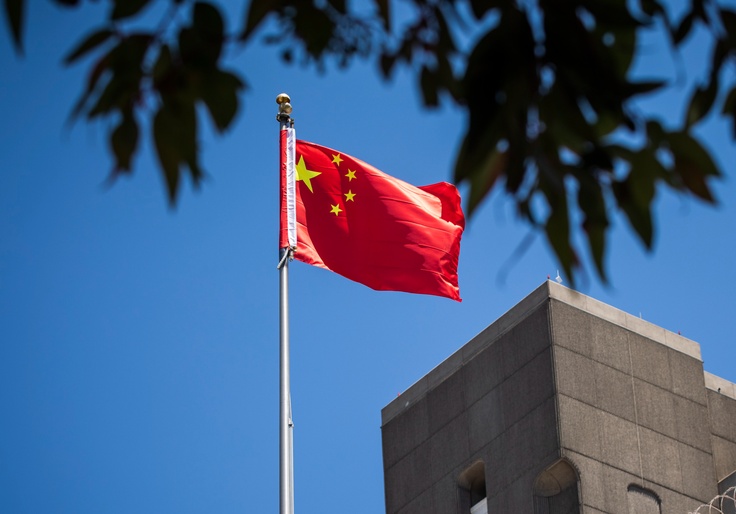 By Kirsty Needham and Michael Martina

SYDNEY (Reuters)—Former U.S. Marine pilot Daniel Duggan, who was arrested in Australia, is accused of breaking U.S. arms control law by training Chinese military pilots to land on aircraft carriers according to an indictment unsealed by a U.S. court.

The 2017 indictment said “Duggan provided military training to PRC (People’s Republic of China) pilots” through a South African flight school on three occasions in 2010 and 2012.

It lists unnamed co-conspirators including one South African and one British national who were executives of “a test flying academy based in South Africa with a presence in the PRC”, and a Chinese national who acquired military information for the Chinese military.

Britain announced a crackdown on its former military pilots working to train Chinese military fliers the same week Duggan was arrested in Australia.

Australian police provisionally arrested Duggan in the rural town of Orange at the request of the U.S. government in October, pending an extradition request by the United States.

Duggan’s lawyer, Dennis Miralis of Australian law firm Nyman Gibson Miralis, did not immediately respond to a Reuters request for comment on the indictment.

He has previously said Duggan denies breaching any law, and is an Australian citizen who had renounced his U.S. citizenship.

The District of Columbia court on Friday unsealed the indictment and a U.S. warrant for Duggan.

The indictment said Duggan was allegedly contracted directly by the unnamed Chinese national to provide services to a Chinese state owned company, including evaluations of Chinese military pilot trainees, testing of naval aviation related equipment and instruction on tactics related to landing aircraft on aircraft carriers.

Duggan did not seek authorisation from the United States government to provide military training to China, although the U.S. State Department had informed him by email in 2008 this was required to train a foreign air force, it said.

The indictment alleges he travelled frequently between Australia, the United States, China and South Africa between 2009 and 2012, when he was a U.S. citizen and Australian citizen.

Duggan’s alleged violation of an arms embargo imposed on China by the United States also included providing aviation services in China in 2010, and providing an assessment of China’s aircraft carrier training, it said.

The indictment alleges the Chinese national brokered a deal between the South African flight school and a Chinese state owned enterprise to provide aircraft carrier landing training to Chinese military pilots in South Africa and China.

A T-2 Buckeye aircraft was purchased from a U.S. aircraft dealer for this training, by providing false information that resulted in the U.S. government issuing an export license, it said.

Duggan faces four charges, including conspiracy to defraud the United States by conspiracy to unlawfully export defense services to China, conspiracy to launder money, and two counts of violating the arms export control act and international traffic in arms regulations.

Duggan is being held in custody in Sydney and his case will return to a Sydney court on Friday.

A spokesperson said Australia’s Attorney-General’s Department “does not comment on extradition matters until after the person has been brought before the court pursuant to that extradition request”.

Duggan moved to Australia in 2002 after a decade in the U.S. Marines, later moving to Beijing in 2014 where he worked as an aviation consultant. He returned to Australia from China weeks before he was arrested, according to his lawyer.

Reuters previously reported that in 2014 Duggan shared a Beijing address with a Chinese businessman, Su Bin, who was arrested in Canada in July 2014 and sentenced to prison in the United States two years later after pleading guilty in a high-profile hacking case involving the theft of U.S. military aircraft designs.

(Reporting by Kirsty Needham in Sydney and Michael Martina in Washington; Editing by Howard Goller and Michael Perry)