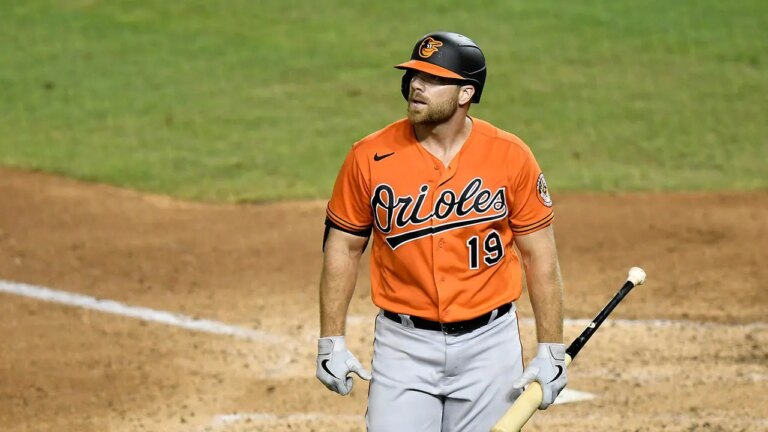 Bobby Bonilla is the face of deferred contracts and annual stipends in sports — every July 1 until 2035, he receives a check from the New York Mets for $1.19 million.

However, Chris Davis laughs at Bonilla’s deal (which actually fared pretty well for the Mets — more on that later).

After his 47-homer, 117-RBI campaign in 2015, the Orioles re-signed the then-29-year-old to a seven-year deal worth $161 million, but it became arguably the worst contract in MLB history, and it looks even worse after his retirement.

In his first season with the new deal, Davis still managed to park 38 homers, but for the second season in a row, he led the majors with 219 strikeouts (he had 208 the year prior). After that, though, it went downhill.

Davis would have been owed $17 million for the 2022 season, the final of his contract. The Orioles will give that salary in deferred payments, but the original contract he signed had plenty of those as well. In fact, Davis will make a whopping $59 million over the next 14 years without even suiting up.

At least in Bonilla’s case, the Mets got some decent consolation prizes.

When the Mets bought out Bonilla, that freed up money to bring in 1999 NL Cy Young Award finalist Mike Hampton, who played a huge role in getting the Mets to the World Series in 2000. When Hampton left the Mets in free agency (he pitched to a 4.84 ERA for the rest of his career), they received a compensatory pick in the MLB Draft — that pick turned out to be David Wright, who was putting up a Hall of Fame case before injuries derailed his career in 2014.

The Orioles don’t have a consolation prize. In fact, Davis’ deal isn’t the only one strapping them for the future.